Jasmin Herrera grew up with big ambitions. Seeing the generations before her pave the way instilled a determination in her. When she became pregnant in college, Jasmin made the promise to herself she wouldn’t end up another statistic.

Jasmin began her college journey at Midland College in Midland, Texas, and after two years, she felt it was time for a transition. She transferred to Texas Tech University in Lubbock. As a junior in college and studying psychology, she was in an unhealthy relationship with a baby on the way. Jasmin packed up and moved back home to Midland with her parents.

For the next few years, Jasmin worked endlessly to make ends meet and try to climb the success ladder to set an example for her daughter, Armani.

“I was working at Verizon, but I needed something else,” she said. “I needed something with better hours to work with my schedule so I could be with Armani. But I started to feel like wherever I worked, I could only move up so much because I didn’t have my [college] degree.”

A fateful afternoon at Barnes & Noble with a few friends changed everything for Jasmin.

“A friend of a friend met us at the bookstore and started telling me about how she was working and going to school and had a daughter. I was so curious how she could do this while living in Midland as it’s so expensive,” she explained. “And then she told me about Buckner Family Pathways™ in Midland.”

Family Pathways provides resources to single parents such as affordable housing, child care, counseling and more, to help set them up for a successful future. That sounded like a fantasy world to Jasmin.

But the fantasy became even sweeter when she discovered a Family Pathways location in Lubbock, where Jasmin had dreamed of coming back to finish her degree. The whole family road-tripped to Lubbock to find out more.

“My dad wouldn’t let me leave without coming to check it all out,” Jasmin said with a laugh. “He asked questions about curfew, who was allowed in the buildings.”

This program offered Jasmin the stepladder she needed – a way to finish her degree, provide a safe home for her and 2-year-old Armani, and set them both up for success.

Jasmin’s second adventure away from home was another steppingstone. She learned the value of having a voice, standing up for herself and being true to her convictions.

In December 2017, Jasmin graduated from Texas Tech with a bachelor’s degree in psychology. She began a position with a local Recreational Treatment Center in Lubbock. But for the next year, Jasmin was weighed down by her job. She was working late hours and rarely spending time with her family.

The Buckner Family Hope Center™ in Lubbock was in the process of being built. Jasmin excitedly jumped in with both feet as the community coordinator, connecting with and supporting families. This next transition was the most exciting yet. In June 2020, she applied and was promoted to the volunteer engagement coordinator for West Texas.

“This all has been what I’ve always wanted to do, to help people and give them the tools to better themselves,” she shared. 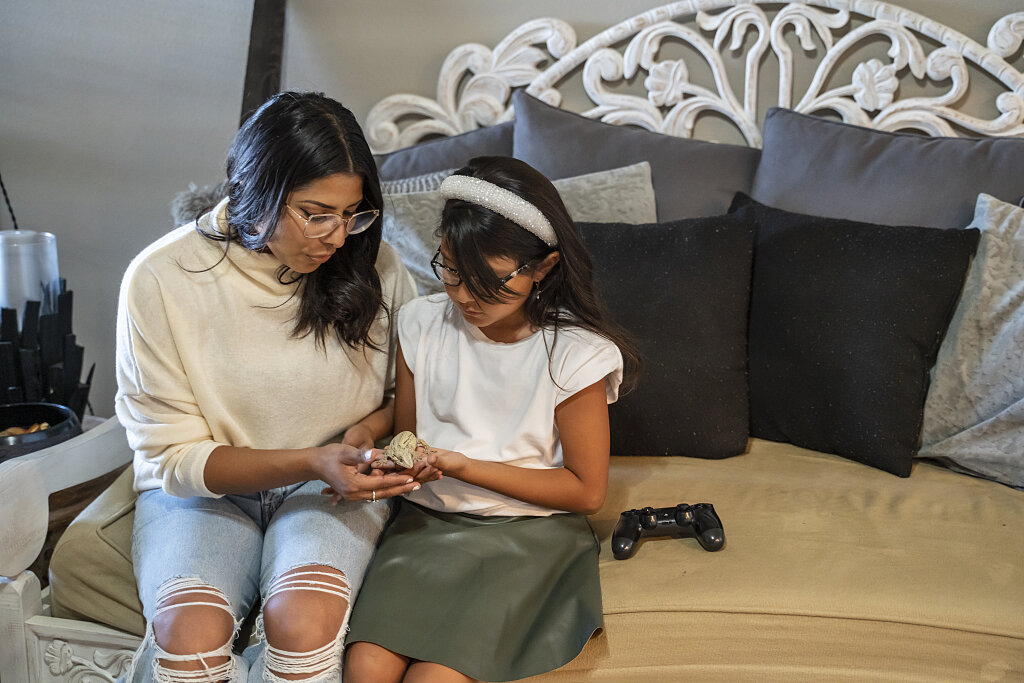 The secret to how this family continues to succeed? They never stop learning. For many families, when COVID-19 hit and shut down many activities, this was a special opportunity for Jasmin and her family. Raul, her fiancé, decided to learn magic tricks and perform virtual magic shows.

A few years prior, rather than adding a dog or cat to the family, Raul brought home two lizards. From there, it has now grown into a reptile community.

“We feed them about once a week, and now it takes about three hours,” Jasmin said with a smile.

Jasmin and Raul started offering animal shows and teaching children about the many different types of reptiles and animals they own.

“They all have their different personalities, but I always advocate that they can be such good therapy animals,” Jasmin shared. “I would love to take these animals to libraries and nonprofits and show how they can support kids. Just another way I would love to help families at the same time.”

At the heart of everything they do, it’s clear how much Raul and Jasmin value their family and their community. From the hand up Jasmin received a few years ago, she consistently looks for ways she can give a hand up to someone else.