It was a fun-filled day at the ballpark on Sunday during Faith and Family Day at Globe Life Field in Arlington, Texas. Buckner families and senior adults from Dallas and Longview traveled to the ballpark to see the Texas Rangers take on the Boston Red Sox. 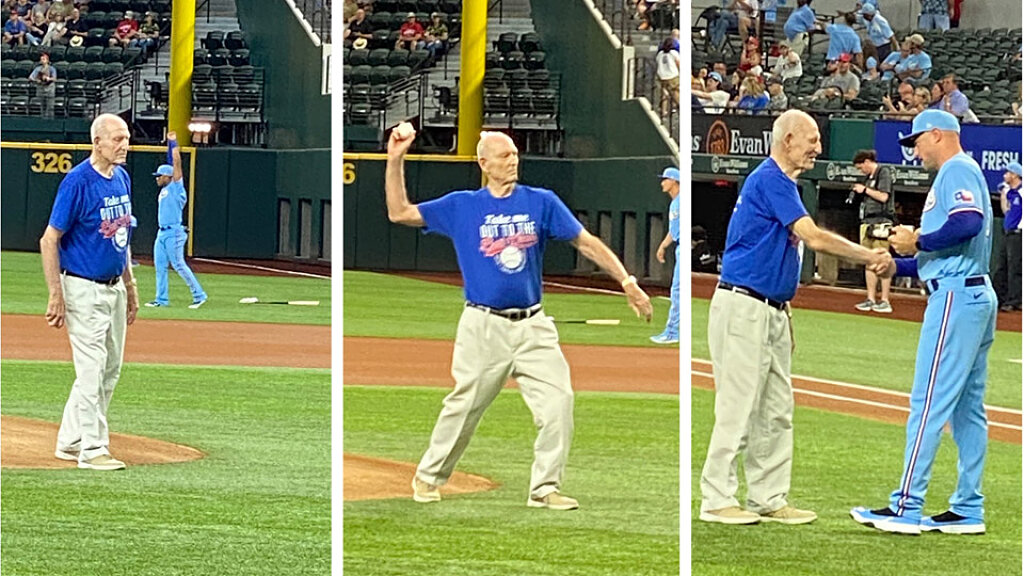 Ventana by Buckner Member Ted Reynolds had the honor of throwing out the first pitch. Reynolds, who is 91 years old, is from Aledo, Texas, where he played on the first football team the high school ever had. He also played at TCU from 1950-1952. Reynolds retired after a career in business in Illinois, where he started a feed manufacturing company.

During the Captain's ride around the park before the game, the Milazzo and Villanueva families, who recently adopted children through Buckner, were able to join the mascot in the cart to signal the start of the game. 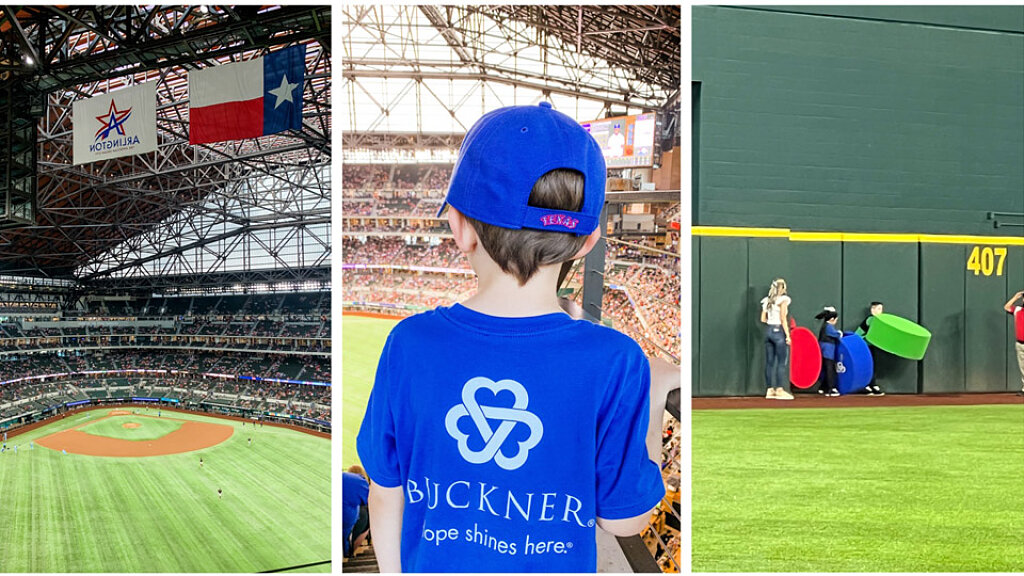 Three children participating in programs at the Buckner Family Hope Center™ and Project HOPES were able to race it out as dots. Heidi as the red dot finished first, followed by Nerali as the blue dot and Beau as the green dot. 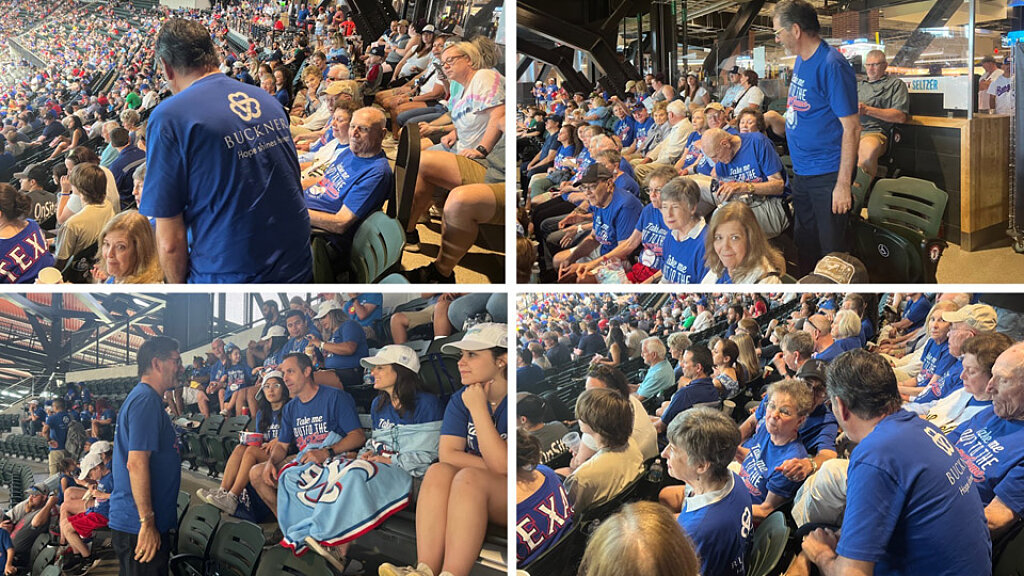 Between innings was full of fun, food and cheers as the Buckner crowd watched the hometown team from the stands. Buckner President and CEO Albert Reyes mingled with Buckner families and the senior adults and a good time was had by all.