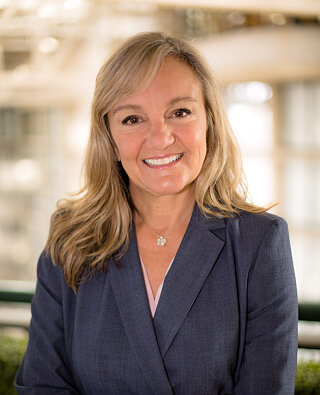 Veteran child-rights advocate Andrea Sparks will serve as the director of government relations for Buckner International, effective immediately. Sparks comes to Buckner from Texas Gov. Greg Abbott’s office, where she led the Governor’s Child Sex Trafficking Team for five and a half years. In her new role with Buckner, Sparks will work collaboratively with internal and external stakeholders to improve public policies and investments to protect children, strengthen families and serve seniors.

“Andrea Sparks has an impressive record fighting to protect Texas children, and we are excited to have her join the Buckner team,” said Buckner President and CEO Albert Reyes. “Andrea’s guidance and leadership will help us work together with our elected officials to transform the lives of our most vulnerable people.”

As the founding director of the Texas Governor’s Child Sex Trafficking Team, Sparks led her team and stakeholders to develop local multi-disciplinary care coordination teams and regional continua of care for young survivors, as well as new laws, policies and strategies for prevention and identification of trafficking and for holding exploiters accountable.

Sparks received a degree in Political Science/International Relations and French at Tulane University and a law degree at the University of Texas School of Law, with honors at both. During her career, Sparks founded and served on multiple nonprofit boards serving children and families and has won awards for her work on behalf of the same.

“I’ve spent most of my career building teams, systems, services and advocacy programs for young survivors traumatized by abuse, neglect, exploitation and/or trafficking,” Sparks said. “It is an honor and a true blessing to join Buckner, where our focus is on prevention of harm by strengthening and empowering youth and families. I look forward to sharing the incredible hope that Buckner brings with stakeholders across Texas and beyond.”

See how Buckner is helping to build strong families with the Buckner Family Hope Center™.