The day started much like any other day. I was working my way through the list of new generous donors, sending thank-you notes and leaving voicemails to express Buckner’s gratitude for their recent donations. But the call I made on this day was unlike any other – I found hope in the midst of what seems like a hopeless time.

I called a donor who had donated $5 to Buckner Shoes for Orphan Souls®. I expected to leave a voicemail, but I was surprised when he picked up the phone. What usually results in a 30-second voicemail ended up being a 20-minute deep and meaningful conversation with a complete stranger.

At first, the new donor thought I was calling to ask for a second donation. He let me know he did not have a lot of money and had already done as much giving as possible for the year. I reassured him I was just calling to say “thank you” for his recent donation and see if he had any questions about our ministries. I also asked if we could pray for him about anything.

“I’m thankful you called,” he said. “I’m right in the middle of filing for unemployment.”

Due to COVID-19 and the impact it has had on businesses, he recently lost his restaurant job. We talked about how he was coping with unemployment, and he asked if we would pray for his anxiety regarding the uncertainty of when he could go back to work.

Because he worked for a restaurant, he had an interest in food banks, so we dove into a conversation about how Buckner works with different organizations and volunteers to help supply food to our surrounding neighbors and families we serve. He was glad we were still taking the initiative to support and provide for our clients during this time.

We continued to talk about the Buckner Center for Humanitarian Aid, where food is stored and packaged for distribution, and the Buckner Family Hope Centers that work with families to address their needs and goals for self-sufficiency. Finally, we spent some time talking about Shoes for Orphan Souls, the program where his donation went. He was thrilled to know his donation played a part in distributing over 4 million pairs of shoes worldwide. 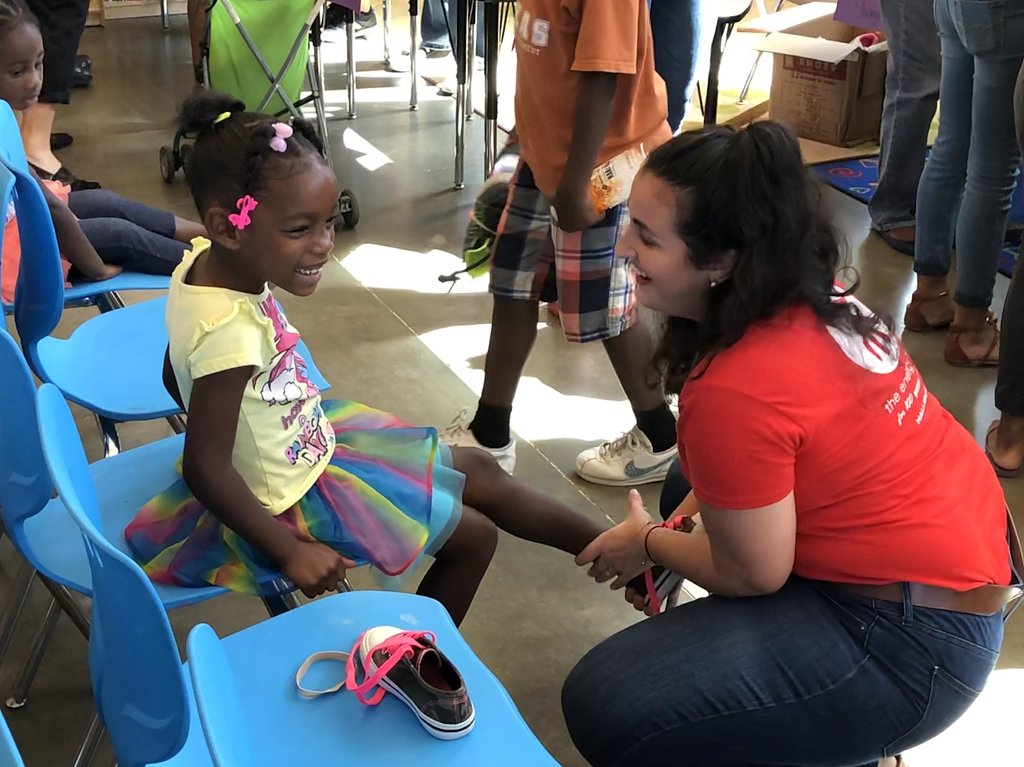 As our conversation started to come to an end, I could tell he didn’t want to hang up. I gave him my office number and told him to call any time. He thanked me over and over for calling.

To some, $5 may seem like a small donation, but this phone call reminded me of the impact such a “small” amount can make. It’s all about community, and we need community now more than ever. You never know what someone is going through. Whether it’s someone filing for unemployment, a family struggling to adjust to the new norm of work from home and home school, or an elderly person afraid to leave the house to get groceries, a simple phone call might just make their day. More than anything, it reminds me that no matter where you are or where you come from, we are all in this together and, like the Buckner tagline promises, “Hope shines here.”