For the ninth time, Woman’s Missionary Union of Texas has traveled each fall to build a home for a family in Peñitas, Texas. Over the course of nearly two weeks, two teams of women build a future home, but also build relationships with the family that receive it. Each morning, they are there to begin work on the house before sunrise and stay well past sunset.

This year, there were women who have participated in nearly all nine builds as well as women who were brand new to this experience. 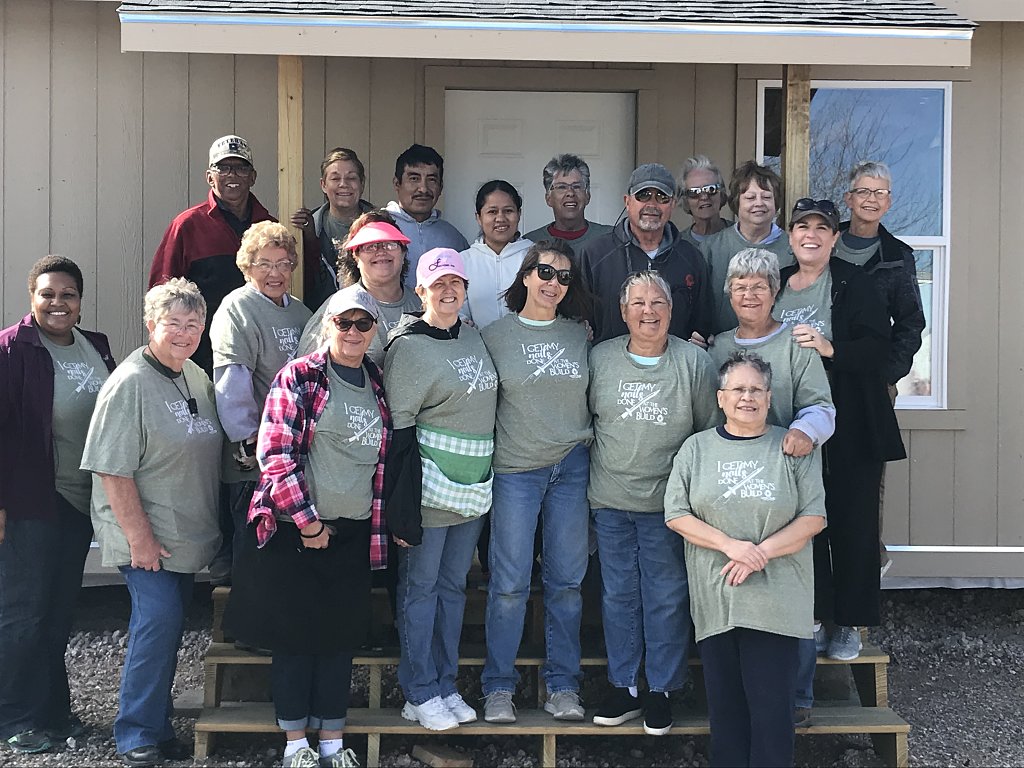 “To see the joy on the families’ faces when they see the home… the kids smile so big. It’s so worth it,” shared Patsy, volunteering for her second year. “This is just my second year and I love it. I loved it last year, but I think I love it even more this year, because I feel a little more prepared, and useful this year.”

As the women work on building the frame, adding siding and more, their joy and excitement for the project is infectious. Nearby, that joy is continued in a small group taking place – a bible study hosted by a local pastor for the women of this community. Each year, this bible study provides a place for the locals to gather, connect with each other and learn about God.

“Last year when we were building the house, the WMU ladies had their bible study – five people came to know the Lord next door from the house we were building! How cool is that!” explained Patsy. 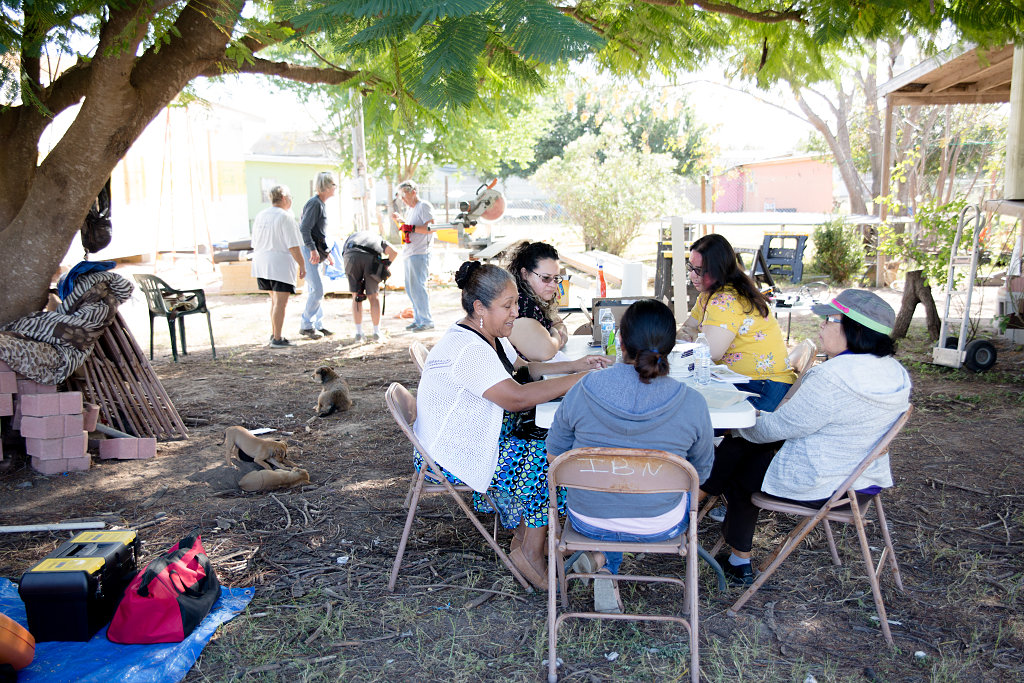 For the Geronimo family, this home not only gives them hope but safety and peace of mind.

“Our family coach kept telling me to apply for the home build, but I kept saying that there are other people that need it more,” explained Vianey Morales Geronimo. “But about a year ago, we had our refrigerator plugged in and it caught fire. It was contained, but the fridge and microwave had caught fire because of the electrical outlets.”

For Vianey, the reality that her children were in danger caused her to think about applying for the home build through Buckner Domestic Missions.

The Geronimos qualified for a home build by taking classes at the Buckner Family Hope Center and achieving goals set with their family coach. When families earn enough points as they work toward self-sufficiency, Buckner Missions partners with missions teams such as the WMU to build them new homes. 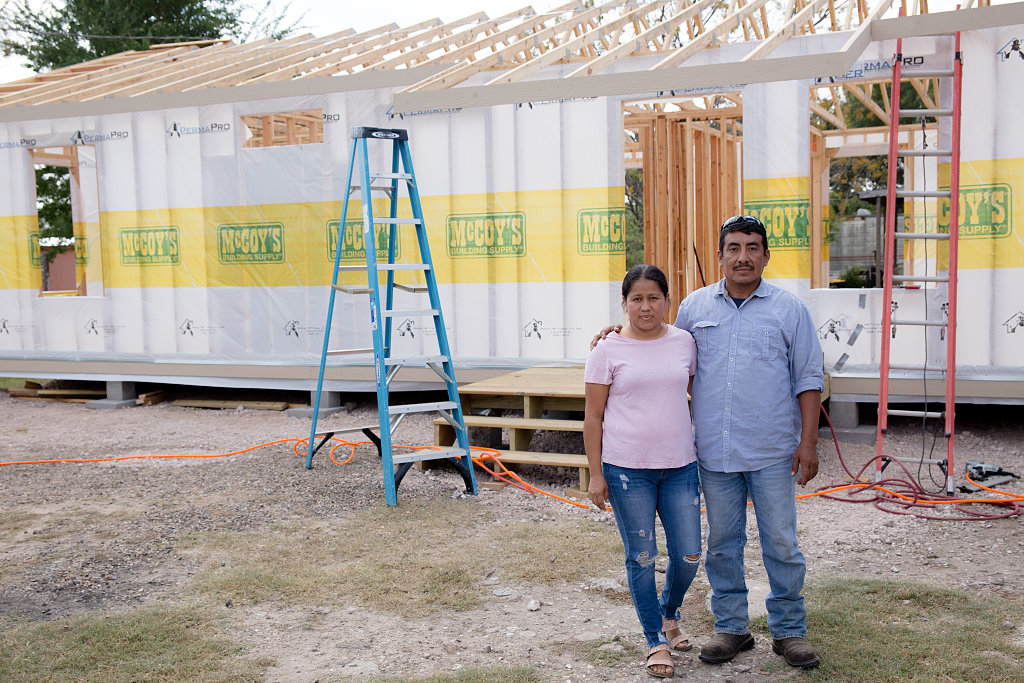 This family has been a part of the Buckner community for over five years. Xylina Rotramel, Buckner missions and case coordinator in Mission, Texas, has developed a relationship with Vianey and her family through their commitment to volunteering.

“In the last three years, she has become a leader in the volunteer group at the Family Hope Center. She helps with events whenever they provide child care – but any opportunity she has to volunteer at the Hope Center, she volunteers,” explained Rotramel. “Their whole family helps with shoe drives, markets and more.”

Buckner has been an integral part of the Geronimo family through many different seasons.

“I learned about finances and learned how to save and budget," Vianey said. "In 2017, I found out I had Bell’s Palsy. We had enough budgeted for that emergency and were able to pay the medical bills and for physical therapy. It affected my face, hand and all the way down my leg. We were able to afford the things to help me get better faster, because of the budgeting I learned at Buckner.” 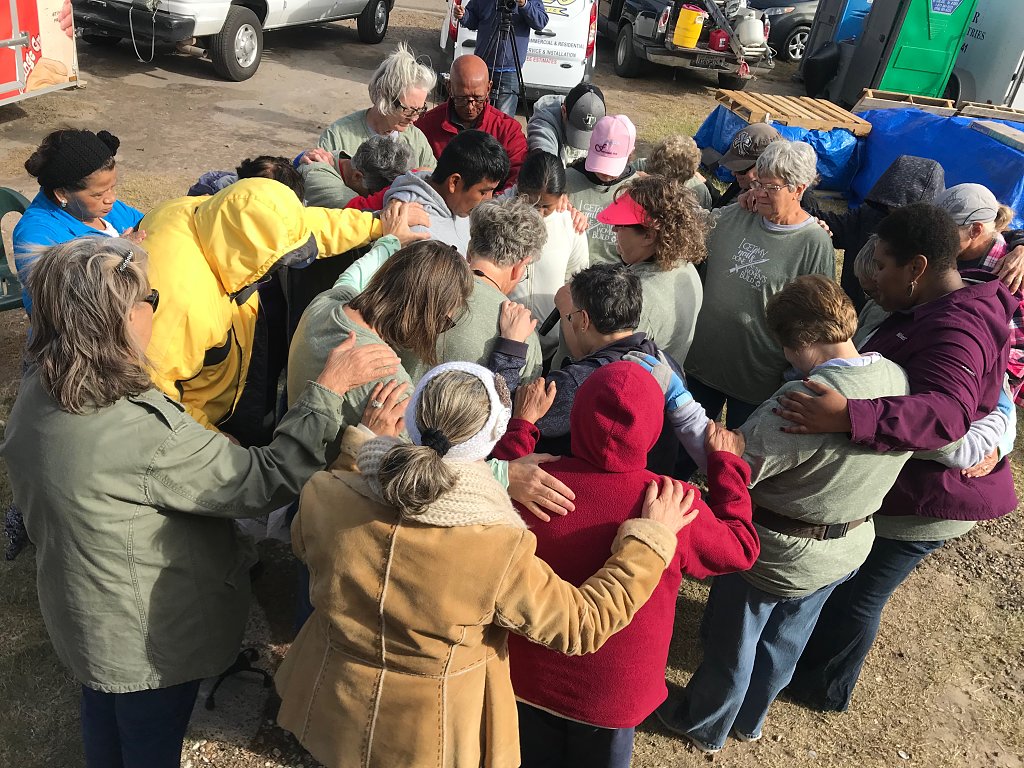 The home Buckner has given this family, and many others like it, is so much more than just a house.

“For us, it’s just a three-bedroom, one-bathroom house. To them, it sets them up to go on a completely different path – it sets them up for success,” shared Pam, a nine-year WMU volunteer.

For Vianey, Agustin and their daughters, it is a step toward safety, growth and continuing to learn about God.

“I recommend Buckner to friends, neighbors, anyone I know – I want everyone to have the same opportunity and to be blessed by Buckner."