Brooklyn Cole was there as a pre-teen sister when her little brother Anthony was born. She even cut his umbilical cord. More than 10 years later, Cole is back in Anthony’s life, only this time she is reconnecting her little brother to a new mother – herself.

When Cole and her biological son Andres entered the Buckner Family Pathways™ program in Midland, her Buckner caseworkers asked what her goals were. A career in the medical field and reuniting with her little brother Anthony topped Cole’s list. And while those were tangible goals the Buckner team helped Cole accomplish, her long-term objective was to break the generational cycle she was born into.

Raised by her grandparents because her parents were incarcerated, Cole met her dad for the first time when she was 7 after he was released from prison. Her mother has consistently struggled with addiction and was in and out of her and Anthony’s lives. Her grandparents who raised her struggled with similar addictions.

Growing up in that environment, Cole started getting into trouble when she was in seventh grade.

“I was kind of lost,” she said. “I didn’t know what was going on in the family. I knew whatever it was wasn’t right.” 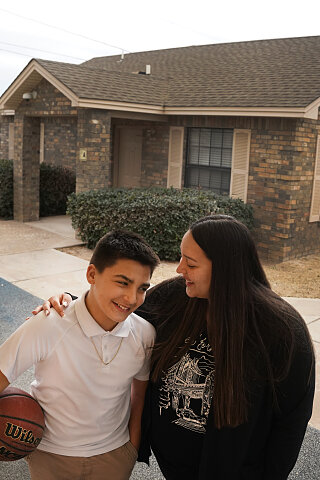 She was in and out of juvenile detention and in 2017 became pregnant with her son Andres. Knowing her son would be born into the kind of dysfunction that marked her own life, Cole used her pregnancy as a wake-up call. It was time to be the person in her family who made a change.

“There’s one thing that I did not want and that was to raise him in the family that I had been raised in. I love them, but it wasn’t healthy. I wanted to make a better life for my son,” she said.

Her journey out of generational dysfunction led Brooklyn and her son to Family Pathways, where she has a safe place to live while attending college as she moves toward her dream of working in the medical field as a surgical technician.

“Our goal for her is what she wants, and she wants to break the generational cycle that she was born into,” said Sindy Muro, program director of Family Pathways in Midland. “It’s a bright story. It really does mean hope for families and means hope for her family. All the struggle and the turmoil that she’s been through, this is a moment in her life that will change it all.”

And while Cole and Andres were moving past the troubles of their family, she wanted to help her little brother Anthony find safety too. Soon after entering the Family Pathways program, she reached out to the Buckner team in Midland asking about becoming a kinship caregiver for Anthony. Buckner kinship is similar to foster care, the main difference being a family member providing care for the child rather than a traditional foster family.

Because Buckner provides both Family Pathways and foster care in Midland, the Buckner team was able to work together across departments and get Anthony moved into Cole’s care as his kinship provider. And because she has a safe apartment at Pathways, it became the perfect place for Anthony. 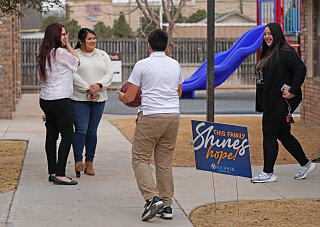 But becoming her brother’s kinship caregiver was just the first step for Cole. Concerned he might someday end up being separated from her, she started exploring the idea of adopting him to ensure they could stay together.

“Anthony has always been like my son in the sense of me just having him since he was little and being by his side,” Cole said. “But I love that kid so much and it does hurt knowing that all I can do to protect him is keep him with me where he’s at and give him the stability and raising him in a godly home.”

On Nov. 5, 2021, Cole, Anthony and Andres joined other families, officials from Midland County, and a host of Buckner staff for National Adoption Day where Anthony officially became Cole’s son. The cord she cut at his birth was reconnected. 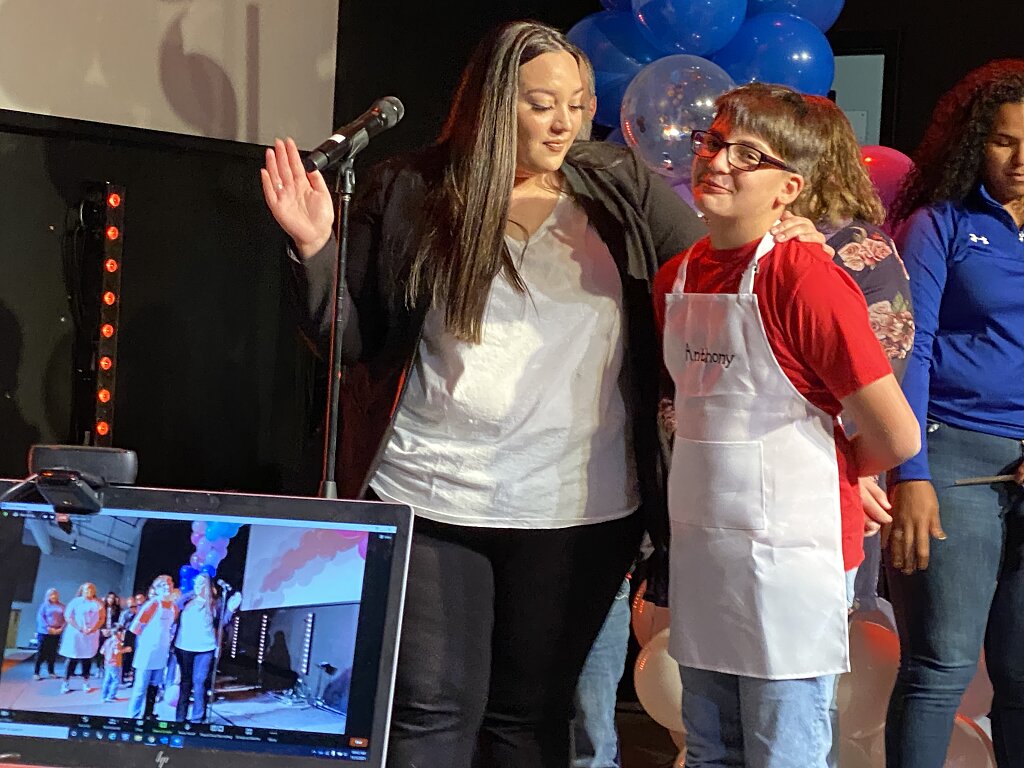 Cole credits Buckner with giving her hope, helping her get back into school and helping with the adoption of Anthony. But more than anything, she recognizes God’s plan.

“I do think it was God’s plan to allow things to happen and work out the way they have,” she said. “He restored a lot of time and he’s been there to work with us through the whole thing.”

“She’s the perfect example of a young woman, a young mother, that is taking charge of her life and learning how to be self-sufficient and taking responsibility for everything that’s going on around her and pushing through, moving forward, making decisions that are going to get her where she wants to be,” Muro said.

Reflecting on his adoption by his big sister, Anthony is fully aware of the impact and what it means for him.

“It means I don’t have to live with another family,” he said.