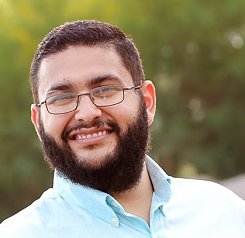 Diego Silva was selected to serve as director for the Buckner Family Hope Center at Peñitas, effective Aug. 13. In his new role, Silva will oversee the daily operations and lead the Family Hope Center team of six in serving vulnerable children and families in the Rio Grande Valley, where Buckner International has operated since 1971.

“We feel Diego’s experience with Buckner over the last five years, coupled with how he and his family have become valued members of the Valley community, make him a great fit to lead our Family Hope Center at Peñitas,” said Henry Jackson, senior vice president for Buckner Children and Family Services.

“Over the last two years, the Domestic Missions Team was tasked to start the development of an Economic Strengthening Framework to continue to lift families out of poverty and provide the tools to keep families together,” Silva stated. “Joining the Buckner Family Hope Center at Peñitas allows me to be a part of the implementation of this framework, as we work directly with families.”

Buckner Family Hope Centers seek to keep families together by providing them with critical services, aid and coaching to keep them strong and decrease the likelihood of abuse, neglect and removal of children.

“The Family Hope Center is part of the backbone of Buckner’s ministry here in the Valley,” said Silva, who also sees the location as a gateway to Buckner’s work in Latin America. “As Buckner continues to turn its gaze towards Latin America, the Family Hope Center at Peñitas has the opportunity to provide leadership, innovative ideas and guidance.”

Silva and his wife, Gabriela, moved to the Rio Grande Valley nearly six years ago to raise their children.

“The Valley is an extremely exciting place to live and minister. It’s an area of beautiful contradictions – a ‘third-culture’ place with a strong sense of family values, ethics and kindness,” Silva said.

Silva holds a Bachelor of Arts in Biblical/Theological Studies from Baptist University of the Americas and a Master of Public Administration from the University of Texas Rio Grande Valley.