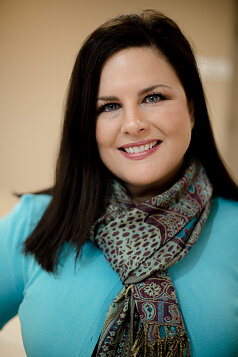 Samela Macon has been selected to serve as vice president of domestic programs and support services for Buckner Children and Family Services, effective Aug. 1.

In her new role, Macon will provide leadership, oversight, supervision and management for all Texas programs and services, including Buckner Foster Care and Adoption, Buckner Family Hope Centers, Buckner Family Pathways and the nonprofit’s support center.

"Throughout my tenure with Buckner, I have served alongside passionate, Christ-centered people who represent the essence of the Buckner ministry," Macon said. "Their commitment to excellence in service to others inspires me to give my best every day, and I am honored to support them further in my new role."

Macon has over 23 years of child welfare experience, 18 of which with Buckner. She most recently served as senior director of domestic foster care and adoption beginning in Feb. 2015, acting as interim vice president of domestic programs since March 2020.

"Samela’s years of service at Buckner, along with experience and personal growth serving in these capacities as a proven leader at Buckner made her the right choice to lead our domestic programs and support services," said Buckner Children and Family Services Senior Vice President Henry Jackson. "Samela is passionate about serving vulnerable children and families with a commitment to excellence. On behalf of everyone at Buckner, I wholeheartedly congratulate her on this new role."

Macon will report directly to Jackson.

"I believe in the work we do at Buckner, and I know people depend on us to bring hope in dire situations," Macon said. "I expect a bright future for Buckner as we work in collaboration with communities of faith, government affiliations, donors, volunteers and other stakeholders to serve the most vulnerable among us with passion, purpose, innovation and integrity."

Prior to her employment with Buckner, Macon worked for the Texas Department of Family and Protective Services as a child services specialist from 1997 to 2000.

Macon received her Bachelor of Science in Sociology in 1997 from Lamar University. She is currently enrolled in Louisiana State University in Baton Rouge pursuing her Master of Science in leadership and human resource development, expected in December 2020. Macon is a licensed Child Placing Agency Administrator, and she was a Buckner Mentee in 2008 and received the Buckner Leadership Award in 2014.

The role of vice president of domestic programs was previously held by JoAnn Cole, who will retire July 17. Cole served at Buckner for more than 30 years.