At the Buckner Center for Humanitarian Aid, Jackie Belt is rarely seen in his office. He’s always moving – checking on supplies for domestic aid, confirming equipment works properly, helping other staff members and volunteers, picking up donations for the center and more often than not, he’s talking to the people who come to receive assistance, asking them about their needs and praying for them.

“This is not just a distribution center,” Jackie says. “This is a ministry that helps people out. It may look like a big warehouse, but it’s a place where people come to get help and not just receive boxes.”

For nearly 25 years, Jackie has been the director of domestic aid and assistance at the Buckner Center for Humanitarian Aid. Prior to that, he served as a Buckner foster house parent at the Dallas campus, where he and his wife took care of orphans displaced from the Vietnam War and children displaced from political strife in Ethiopia.

Today, Jackie is retiring after 40 years of service to Buckner. We caught up with Jackie to reminiscence about his years at Buckner and share his favorite moments.

When you first came to work at Buckner in 1979, you moved from San Antonio to Dallas with your wife and two children to be foster house parents on campus. What made you make such a dramatic move? 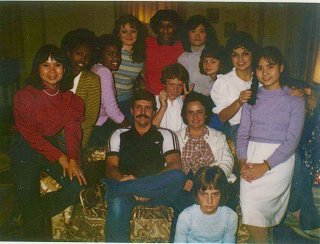 Everything just fell into place. My wife and I were working at the university in San Antonio and making pretty good money, but we always wanted to help people and we were trying to find ways to do that. When this opportunity came up, we prayed about it and felt called to this ministry. We put our house up for sale and it sold the very next day.

What was it like to be a house parent? 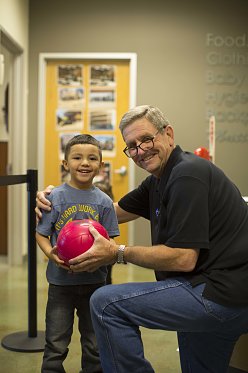 It was such a great time in our lives. We had so much fun. We maintained relationships with so many of the children we cared for during that time. You know so many of them came to live here when they were real small, and we just raised them up until they graduated from high school. I still keep in touch with them to this day, and they’ll take me out to eat when they visit. I’ve gotten to walk down the aisle with many of the girls when they got married. They asked me to give them away because they didn’t have parents.

When did you start working for the center doing domestic aid? 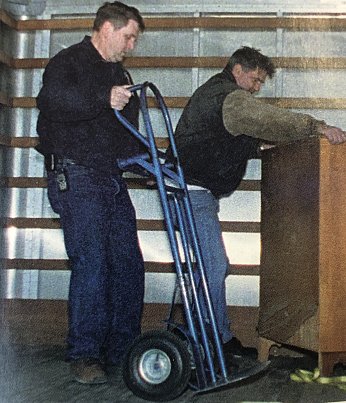 In 1994, the original director of crisis relief retired so they asked me to take over. It was smaller then – just an itty bitty closet in a building on the old campus. They asked me, ‘Jackie, do you want that warehouse in the back? We want you to make it your ministry.’ So I got in and I cleaned that thing out. I mopped and painted the entire warehouse floor and started getting donations. It was just like what we have now but on a smaller scale. We moved to our current location in 2007.

You know, God really surprises you. So many times, we find out of a need, so we pray about it and the very next day it shows up at our door. It’s just the way the Lord took care of us.

What’s a story of God providing something you really needed? 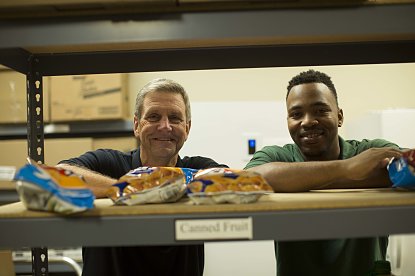 Oh there are so many stories. I remember we had to turn away food donations because we didn’t have enough refrigerator or freezer space to store them. We decided that we really needed a walk-in cooler so we could take in more food donations and help more people. Johnny [Flowers, assistant director of domestic aid and assistance]  and I just prayed for God to provide one. A month later, we found out someone donated the money specifically for us to purchase the cooler.

There was also the time when we received a donated wheelchair. It was a used wheelchair and had the name Corey on it. We held on to it for a little while and sure enough, someone came to the center who needed a wheelchair for a little boy, whose name was Corey. It was incredible.

It always happened. When we needed food or beds or air conditioners. The next day it would show up at the center. God was always faithful to provide.

When you think back on your 40 years at Buckner, what comes to your mind?

God is faithful in everything. He’ll see you through it and he’ll be with you always. He’ll never leave. I have enjoyed helping people. It’s always rewarding to find ways to help.

What has kept you at Buckner for 40 years? 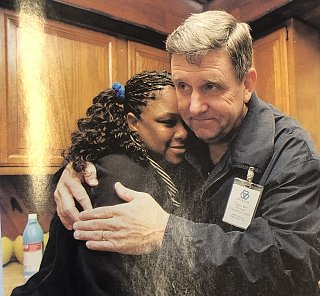 God never told me to leave. And it blessed me to do it, helping people and serving the least of these. It was something I felt called to do. The best is when I get to pray with not only the clients, but also the donors because they are going through things, just like our clients, but on a different level. Everybody goes through hard times or trials.

What are you going to take away from Buckner?

Always being able to help somebody and knowing how to do it. I’ve learned a lot about that while at Buckner.

What sort of things have you learned while working at Buckner? 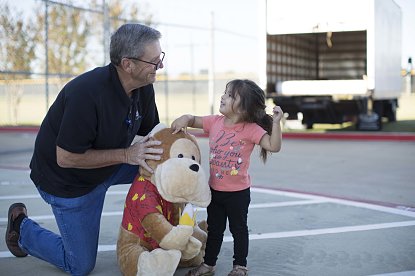 I’ve learned how to be sensitive to people and not look down on them. Just because they drive up in a new car, it doesn’t mean they don’t need food. They may be driving their pastor’s car or a friend’s. I learned that if you treat people the way you want to be treated, you’ll go pretty far. I try to put myself in their shoes.

Why have you devoted so much of your life helping people? 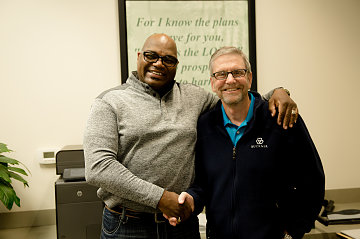 I just know it’s what the Lord wants me to do. Serving the least of these is like serving the Lord. That’s the way I look at it. And I’m going to keep doing it. Even though I won’t be working at Buckner anymore, I will still refer people here and I’ll work for my church. I’ll still help people.