The Buckner family mourned the loss of JoAnn Cole during an online Service of Remembrance for her yesterday. JoAnn died Nov. 7 from complications from cancer after retiring from Buckner as vice president for Buckner Children and Family Services in 2020 to battle the illness.

As Buckner President and CEO Albert Reyes led us through the emotional time, comments from co-workers streamed through the chat, sharing the many ways she impacted those around her.

Some spoke about her leadership style: 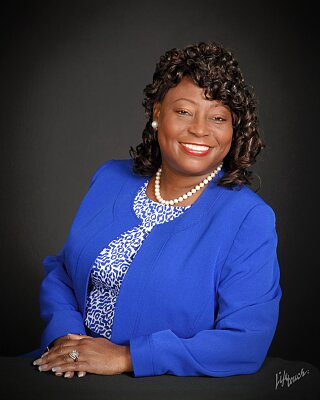 “She was one beautiful lady both inside and outside and had a beautiful spirit … Always so inspiring and encouraging.”

“With JoAnn, you always felt heard, she listened and made you feel important. She was a great leader, graceful, faithful and served with dignity and grace.”

“A beautiful lady who will be remembered for her humility, servant-spirit, integrity and dedication.”

Others spoke to her impact at the organization:

“She was a trailblazer at Buckner and an incredible person. She was kind and a true servant leader.”

And one spoke to the depth and breadth of her mark on our organization and those we serve:

“She was a powerful presence who made a huge difference in many families' lives.”

JoAnn's powerful presence was devoted to the service of the most vulnerable children and families in Texas and the other countries we serve. Her professional influence spanned more than 38 years, including 30 years with Buckner. Those most-vulnerable whose lives have been changed through her leadership number in the hundreds of thousands.

Leading with a commitment to her calling

In a time where the words “love” and “leadership” don’t often mix, JoAnn's calling and career grew out of her deep commitment to and belief in Jesus Christ, her commitment to biblical service and her calling to answer the needs of the “least of these,” which drove her passion as a leader, advocate and agent of change.

Many of the comments offered during the service bore testimony to her mentorship of other staff and the distinct trails she blazed during her service. She was the first female African American vice president in the history of Buckner International, providing leadership and oversight to Buckner’s adoption, foster care and counseling services.

You also can’t overlook the love and passion she carried into her work: Her Buckner colleagues honored her in 2011 with the Servant Leadership Award. Others outside the Buckner family also recognized her contributions to children and families – she received the Humanitarian Award from the Dallas Metropolitan Club of the National Association of Negro Business and Professional Women’s Clubs, Inc. in 2014.

An advocate and an example

As a graduate of Sam Houston State University and Amberton University, JoAnn was an advocate for education both among staff and those Buckner served, initiating several education-based programs during her tenure.

Many of us respected her service not only within her Buckner sphere of influence, but through her service at Mount Tabor Baptist Church alongside her husband of 36 years, LaVaughn.

She was passion-driven. She was Christ-like. She was also courageous, a fighter for others who needed a defender.

So many during yesterday’s service remembered her for her courage demonstrated to her family, friends and her greater circle of influence while facing and fighting a terminal illness, shining an example of faith in her Lord Jesus during that time.

Celebrating the legacy of JoAnn Cole

Dr. Reyes echoed the group’s sentiment when he said to JoAnn, “I treasure in my heart the many days we spent serving and leading. You always had my back. We miss you already! Enjoy your days with the Lord!”

We all will miss her courage, her grace and her example. If you want to know what makes Buckner great, look no further than the “powerful presence” of servant leaders like JoAnn Cole.

As another member of the Buckner family said yesterday, “Our world and our lives were brighter because JoAnn lived.”

Russ Dilday is vice president of creative service and operations for communications at Buckner International. He was blessed to serve with JoAnn Cole for 22 years.