When Veronica Esquivel left home at 15, it shaped her in many ways. One of the biggest desires it placed in her heart was to help other children in similar positions.

“I wanted to give someone else a home and stability," Veronica share. "Maybe a kid who just needs someone to be there for them.” 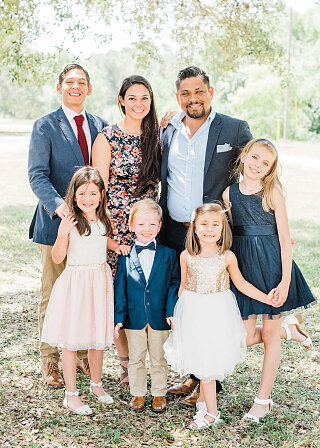 From the time Veronica was in her teens, she knew she wanted to adopt. When she left home, she stayed in contact with her aunt and uncle, but focused on being a live-in babysitter for a local family. This family, she said, "helped raised me."

Being a member of a big family felt like home to Veronica. There was always someone to talk to and play with. Veronica's husband agreed. He was raised by a single mom who passed away when he was young. After she died, he lived with his aunt and uncle.

They both saw the joy in having a home full of kids – biological or adopted.

The couple was licensed to adopt in 2015. They strongly believed in the adoption of sibling groups, knowing the large need in that specific area. When the Esquivels’ current placement reunited with their biological family, it created a gaping hole in their home.

“They were in our home over a year, and it was hard to let go. So when we received a call about three sisters in December, we were still too heartbroken,” Veronica said.

The Esquivels declined the placement twice before realizing God had a big plan with this sibling group. Veronica laughs as she remembers how many times she and her husband attempted to get in God’s way. This would be their sixth placement. 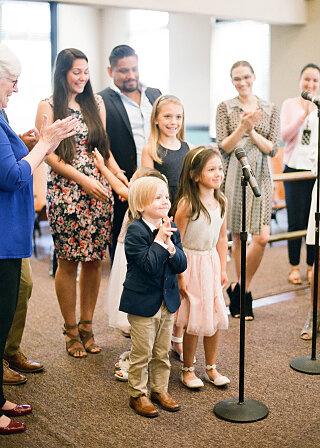 In January 2018, Veronica found out only the oldest sister needed a placement but felt called to offer a home to all three siblings. By February, all three girls were in their home.

“When they walked into our home, we knew they were our kids,” Veronica shared. “God was like, ‘these are your children!’”

On August 8, 2019, the three sisters became Esquivels. Their home is full of love and laughter and what Veronica has always dreamed of – support and stability. They currently have Veronica’s 16-year-old brother, their three daughters ages 10, 6 and 5, and their 4-year-old son.

The family loves to spend time together and recently, creating a longlasting memories.

There is a great need for foster homes willing to take in sibling groups. Find out how you can provide vulnerable children in your community a safe and loving home.