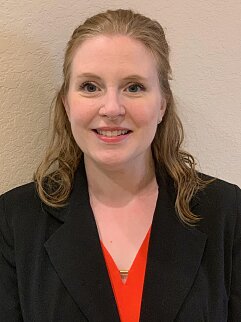 In her new role, Burns will oversee operations of all Buckner preservation programs in Houston, including the Buckner Family Hope Centers at Aldine and Reed Road and Buckner Family Pathways.

Burns has worked in social services and welfare for 16 years and credits her career choice to her strong desire to make a lasting impact in the lives of others. Previously, she served as director for the Family Hope Center at Reed Road.

Burns grew up in Houston and said the work Buckner does serving the community is what pulled her to the organization.

“My long-term goal in this position is to expand brand awareness in the Houston community to better reach the vulnerable children and families in our own backyard,” Burns said.

She is excited to build on the already established success of Buckner Houston and broaden its community partnerships.

“I know I am following what God has called me to,” Burns said. “I am excited to continue being a part of big moments and helping other grow into their full God-given potential.”

“Dior's commitment to the families we serve is always evident to her team members and peers, but also in the relationships she has with local churches, businesses, service partners and other stakeholders,” Ross said. “Dior will help grow Buckner's impact and strengthen relationships in the Houston community and surrounding areas.”

Burns received her Bachelor of Science in public relations at the University of Houston.

Learn more about how you can help vulnerable families and children in your community.