Henry Jackson, senior vice president for Buckner Children and Family Services, pointed to Flores’ experience with the Family Hope Center model as one of the strengths he will bring to the program. “Gabe began working for Buckner in 2010 as a missions coordinator for the Buckner Colonia Program and since that time has held several positions at the Buckner Family Hope Center in Peñitas, including community coordinator, family coach and interim director. He has vast knowledge and experience in every part of the Hope Center model.” 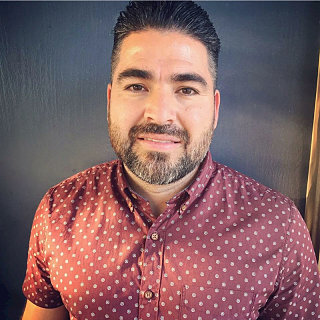 The goal of Buckner Family Hope Centers is to strengthen families so their children can stay where they belong – in a strong, loving home. The ministry provides programs designed to engage, equip and elevate families through programs such as family coaching, GED, ESL, computer literacy, job training, an after-school program, and summer programs for children. A multi-national model, Buckner operates Hope Centers across Texas and in six countries.

“The Family Hope Center at the Texas Rangers Youth Academy will be a strategic location for us as we seek to minister to underserved families in Dallas,” said Jackson. “It is considered one of the most challenged areas in the Metroplex.”

He said the new Hope Center will be operational in August with a full range of programs for children and their parents.