The Thomas family lives on the edge of a northern panhandle town called Gruver, Texas. Across the road to the north, you can see all the way to the horizon - thousands of acres of plowed fields ready for spring planting.

Bri Thomas called Gruver, “small-town Texas. We pushed (the population) over 1,200 when we moved here. It’s the very top of the panhandle. The closest Walmart is in Guymon, Oklahoma.”

Like many in the area, John Thomas is a farmer who grows wheat, corn and cotton. Bri, a former labor and delivery nurse, is now a stay- at-home mother. 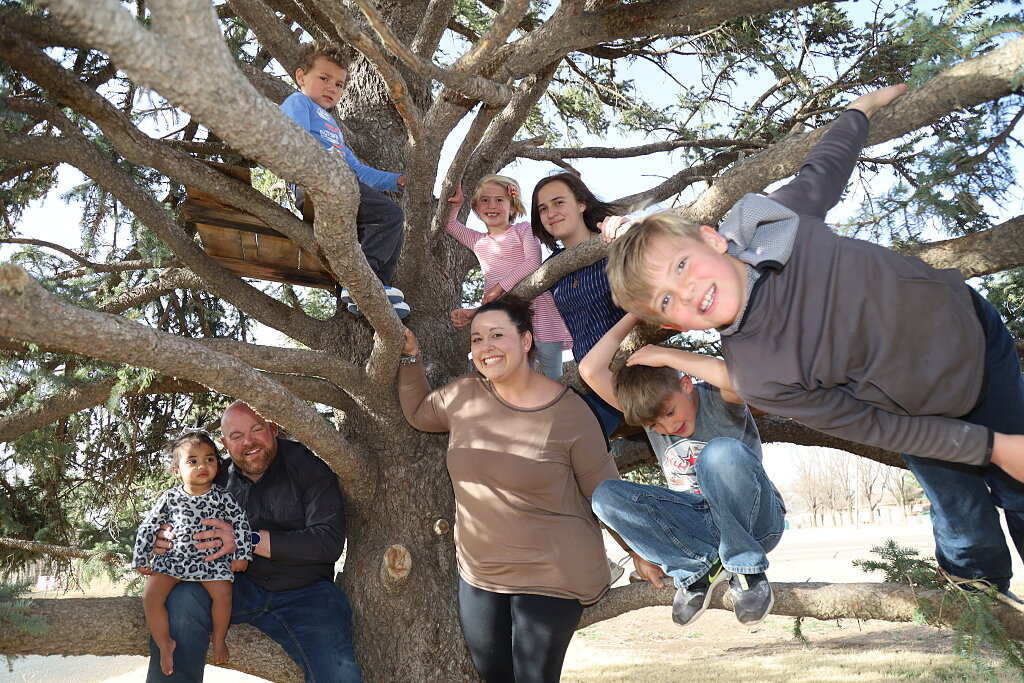 In addition to growing crops, the couple are also growing their family legacy – through foster care and adoption. As John said, “We are a farm family and we do grow things, but we’re also growing a family.”

The Thomases are parents of four biological children – two girls and two boys – but in recent years they’ve added to their family “through adoption once, and we plan to add again in the summertime,” Bri said.

Helping others has been a pattern with the pair since they were married, but they decided to help through foster parenting only in recent years, fostering a total of 10 children.

“We started off that way and then it turned into an adoption story,” she said. “And there was absolutely a flick-of-the-switch moment when it happened.”

A flick of the switch

Foster care rarely provides a certain path or journey. There are many times when families aren’t even sure where a child’s case is headed. About 16 months ago, a case worker walked into the Thomas home with a 6-pound baby girl and asked if they were open to adoption.

It was an unexpected question raised early in the fostering process, she said, “But he had previous dealings with the biological family, and he knew that [adoption] was where the case would probably go.”

But the “flick-of-the-switch moment” came through prayer. “The more we thought and prayed about it, I think John really decided first that this was absolutely our daughter.” 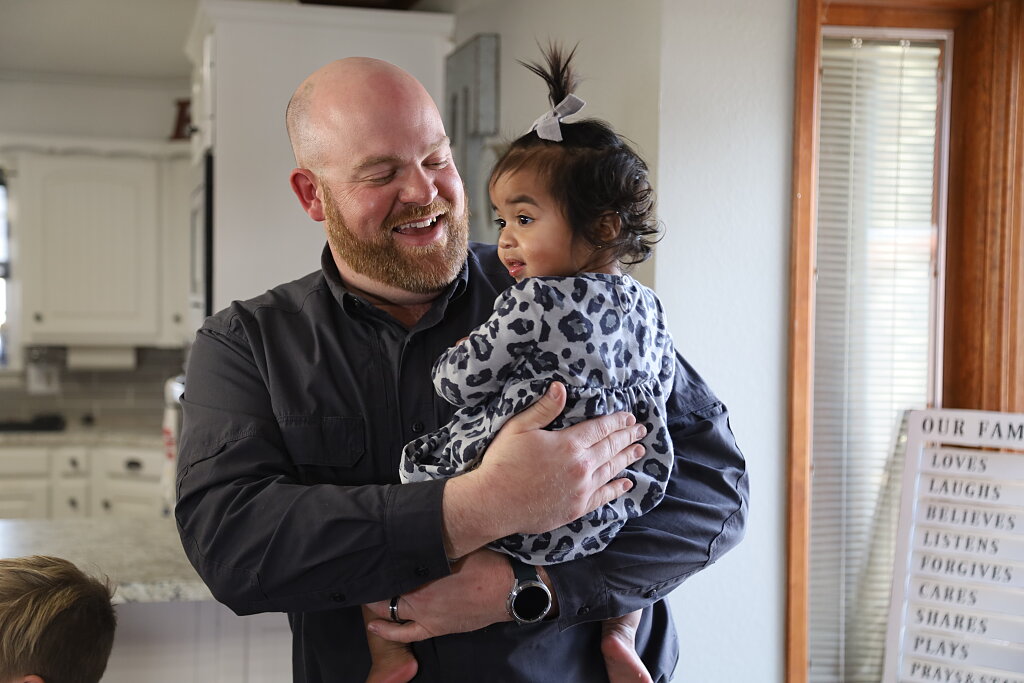 “She’s right,” John confirmed. “It was that feeling that, ‘Yeah, she is my daughter.’ She just stole my heart. She’s just a little bundle of joy.”

The Thomases’ foster journey has spanned four years and has resulted in the adoption of the little girl, their ninth foster child. They’re planning on adopting their 10th child, a boy, soon.

Bri said most of their foster children have been removed from their previous homes because of drug-related situations related to methamphetamine abuse.

“Many people don’t call it an epidemic, and it really is,” Bri said. “Meth is destroying our communities. It’s destroying families because basically it just makes it to where the parents don’t care about anything but meth.”

A 2019 study authored by Jane Carlisle Maxwell of the University of Texas Steve Hicks School of Social Work cited methamphetamine as “perceived to be the top drug threat in 2019 by the three DEA [Drug Enforcement Administration] Field Divisions covering Texas.” 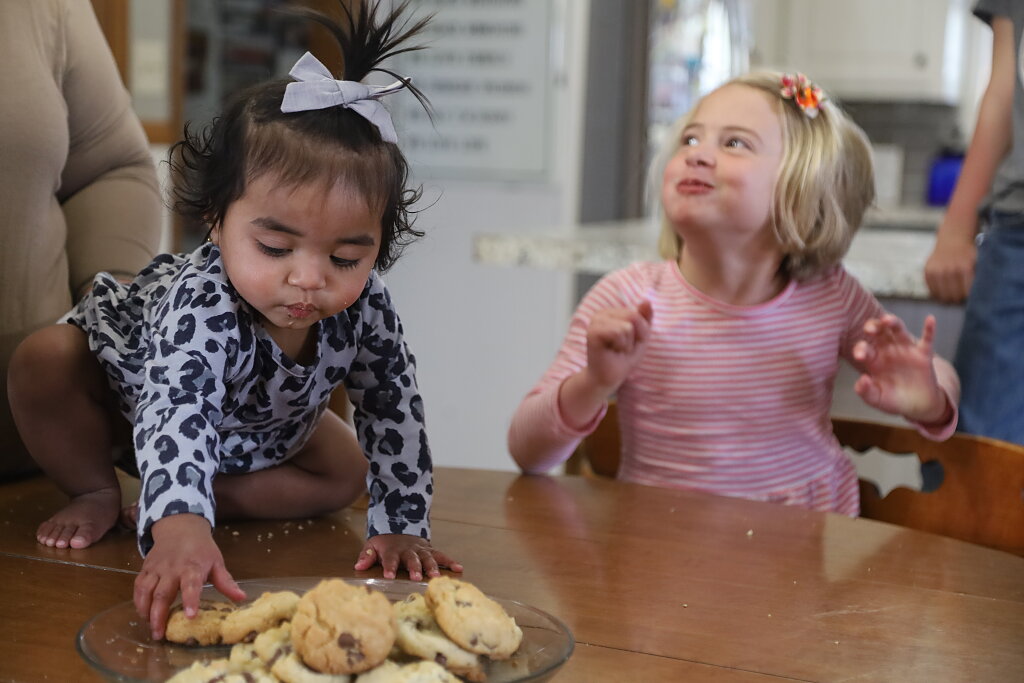 And the problem of meth usage and abuse, according to Maxwell, appears to be a growing trend in Texas. “Methamphetamine represented 21% of all items analyzed by Texas forensic laboratories in 2005; in 2018, it comprised 40% of all the items examined.”

“It’s not that they [parents who abuse drugs] don’t love their kids,” Bri said. “They do, but they just can’t get away from it. What we hope [our foster children] come away with after they’ve been part of our family is they feel loved and wanted and special.”

The couple’s adopted daughter is one of the survivors of the epidemic.

Looking back over their four years of foster parenting, the couple has seen their foster and adoption journey as a calling.

“Adoption is a picture of salvation,” Bri said. “It’s what Jesus did for us, and we feel like we’d like to give that to a child as well.

“I want my kids to see the kind of mom that loves them unconditionally, that expects things from them. And I also want to show them how to fail,” Bri continued. “Well, because we all fail daily, and I want to show them that it’s OK to fail and ... we can do better next time.” 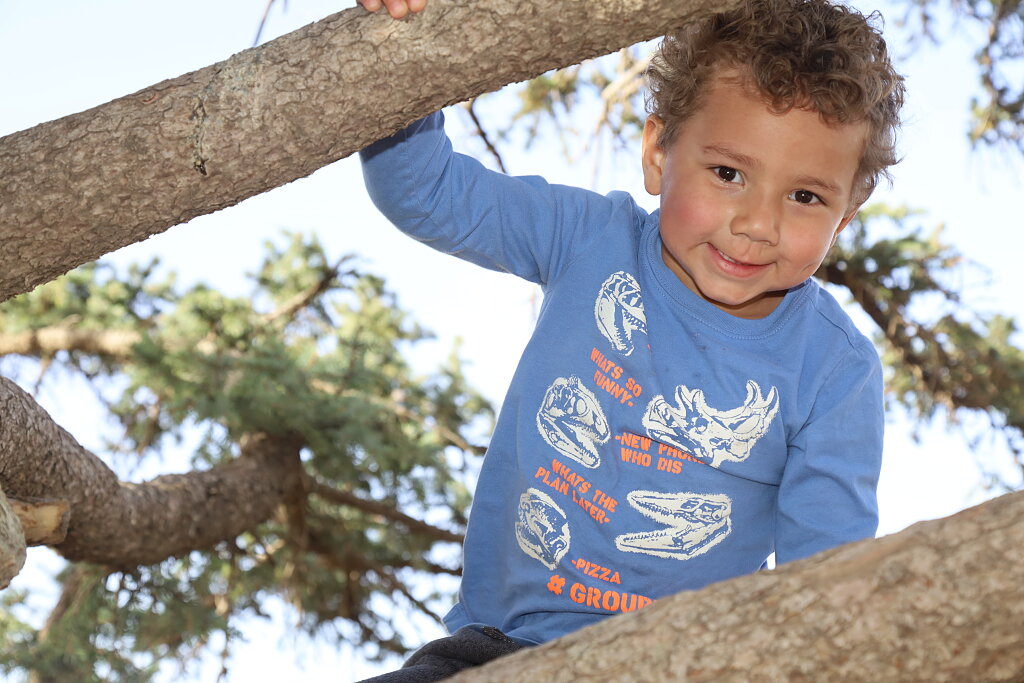 John agreed. “The kind of father I’d like to be is one like Christ. One of the things I love about being a dad and how it affects me is just that love they give you, the respect, and they just look up to you. They want to be like you.”

Pointing to his western-style boots, he continued, “So you have to put your best boots on. You’re the fun guy sometimes, but you’re also the discipline guy, too. But you’ve got to love them. They look at you as a role model.”

“I really want to teach my kids that they are important and that they are loved always,” Bri echoed. “And I think the most important thing is that they accept Christ as their savior. If we can help them to do that, then I think we’ve done our job as parents.

Find out how you can protect vulnerable children through foster care and adoption.