Imagine being 14 and facing homelessness. Briana Wright knows what it’s like all too well.

The third sibling of seven, Briana and her mother didn’t agree on much and the environment she was living in was not safe. To avoid the abuse at home, she spent time couch surfing, homeless at times and just looking for a place to stay.

“In ninth grade, summer came around and my mom told me they were going to drop me off at my grandparents’ house while they go on vacation,” Briana shared. “She drove me to Amarillo, from Lubbock, with two weeks’ worth of clothing and never came back.”

Attempting to find routine in Amarillo was difficult. Briana’s grandfather was a functioning drug addict.

“He’s able to do the bare minimum. He’s able to survive. Outside of that, he can’t take care of anybody else,” she said.

She continued to attend school diligently at Amarillo High School even when it felt like everything else was falling apart. Her grandmother had a stroke and was put into a rehab facility. Again, Briana shuffled her living situation. 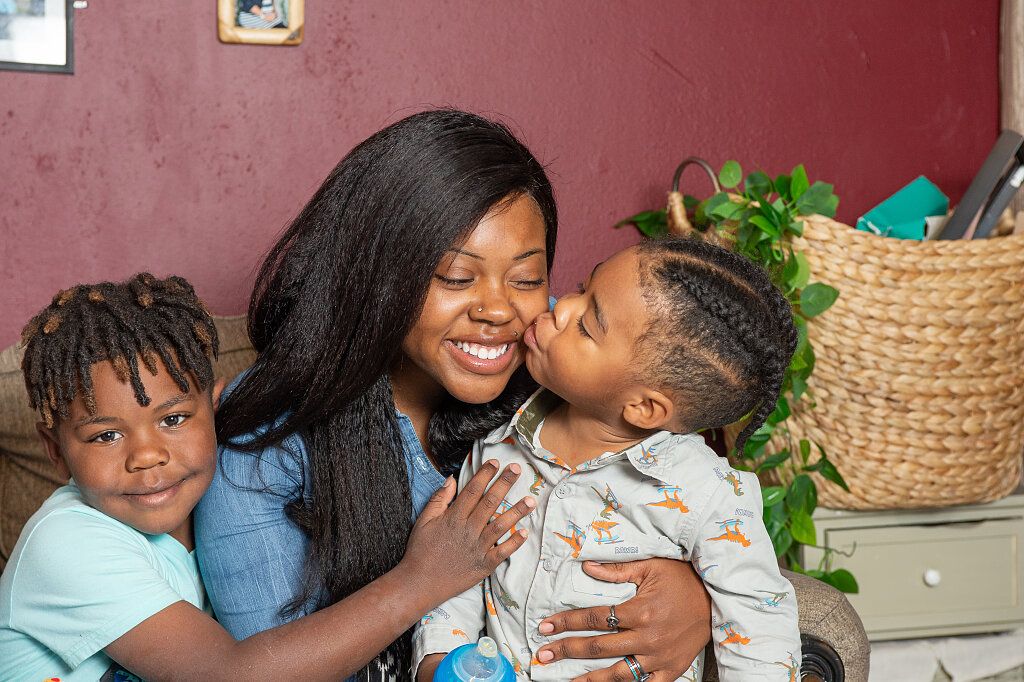 Experiencing trauma, Briana did the best she could to keep moving

“I tried to stay with her there, but I was also dealing with a lot of trauma and looking back, I really put my grandmother through it,” Briana said.

At 16, she decided it was time to leave. Working with the homeless liaison at school, she was able to receive food stamps as an unaccompanied minor. Moving in with her current boyfriend at the time, Briana was met with abuse, again.

When she came to school with bruises, burns and pieces of her hair ripped out, Child Protective Services was called. And, she was pregnant. 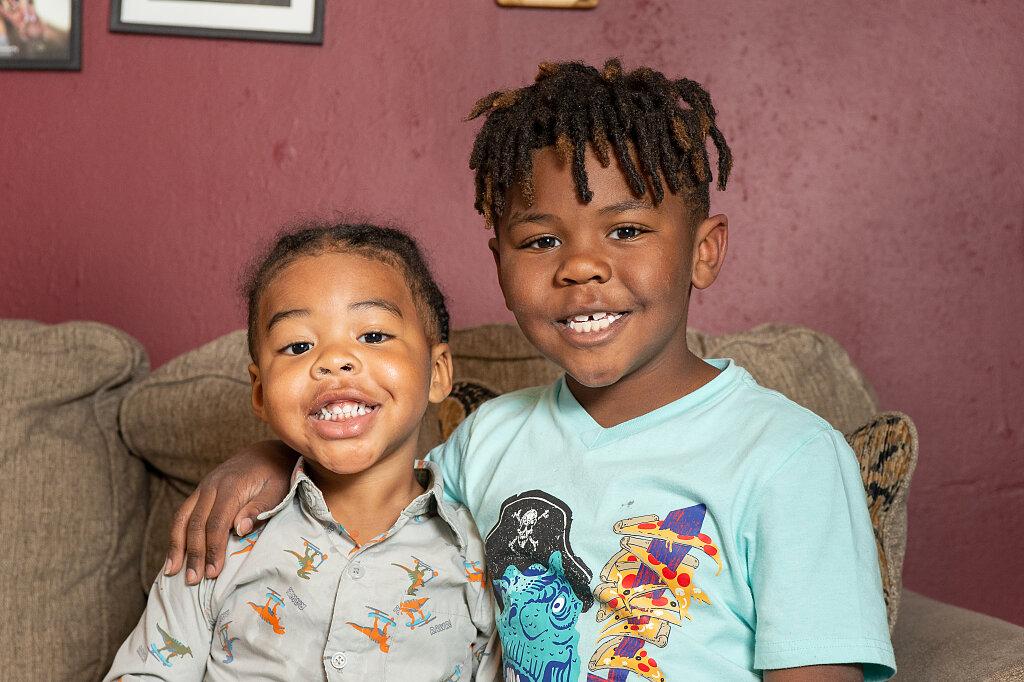 With no one to help guide her, Briana lost her way

“I moved into a psych treatment facility here and for about a week CPS was trying to see who would become my temporary guardian because my mom had basically relinquished her rights by not showing up,” she shared. “I became a ward of the state.”

Three months pregnant, Briana went in for a routine doctor’s appointment. There was no heartbeat. She had lost the baby.

“I was not prepared for that,” she said. “Then my behavior got worse, I started fights at school, smoking and making poor decisions.”

Sent to Tyler, Texas, for emergency shelter after the psych ward requested her to leave, Briana’s life would never be the same. 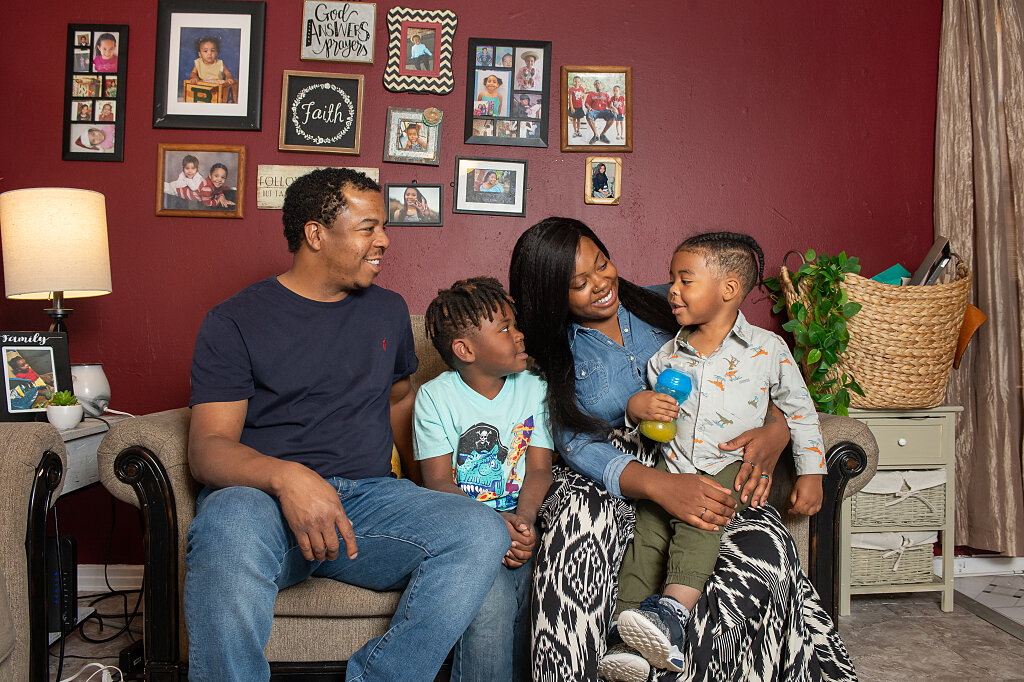 God met Briana at the shelter.

“That’s where I found myself; I found God," Briana said. "I found out more about who he saw me as, compared to who I saw myself as. Or even what the thick binder with my name on it said who I was.”

Over the next four years, Briana continued her journey back to Amarillo. Briana found knowledge and support when she came to Buckner that year. She participated in the preparation for adult living (PAL) sessions through the Foster Youth Independence (FYi) program.

At 18, she got pregnant again. She moved into a group foster home where she struggled to find her place.

“I started to feel like I could do it on my own,” Briana said. “I had a boyfriend who had a stable job, stable housing and transportation who said he’d take me to and from school, and it just made sense at that time.”

Facing abuse again, Briana put her foot down. She would not go through that again. She and her son, Greyson checked into the Salvation Army. While it was a step in the direction of independence, it was not the safest place for her and Greyson, now 7 years old. 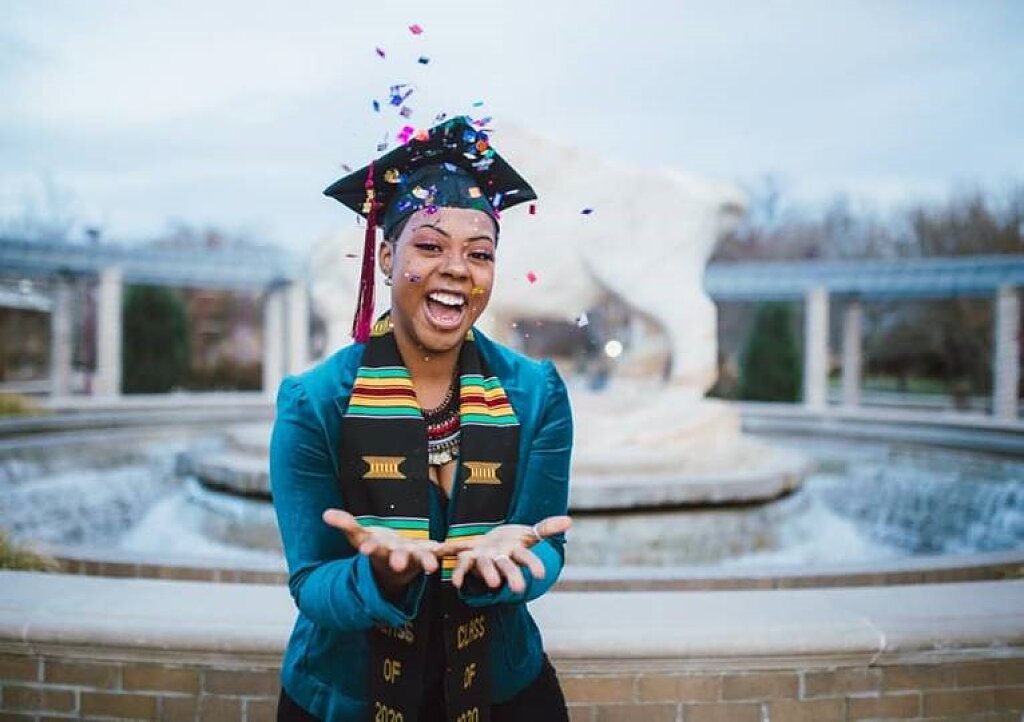 After Care helps guide foster children after they age out

“So I reached out to Buckner for the after care services that were offered,” Briana explained. “I was able to secure housing and stability.”

Through the after care program, Briana was able to finally focus on her education and career goals.

“I had always dreamed of being a social worker. Back when I was
an unaccompanied minor, she was the only one answering the phone. She was my saving grace.”

Bound and determined, Briana obtained her associate degree from Amarillo College in 2018. But she wouldn’t stop there. 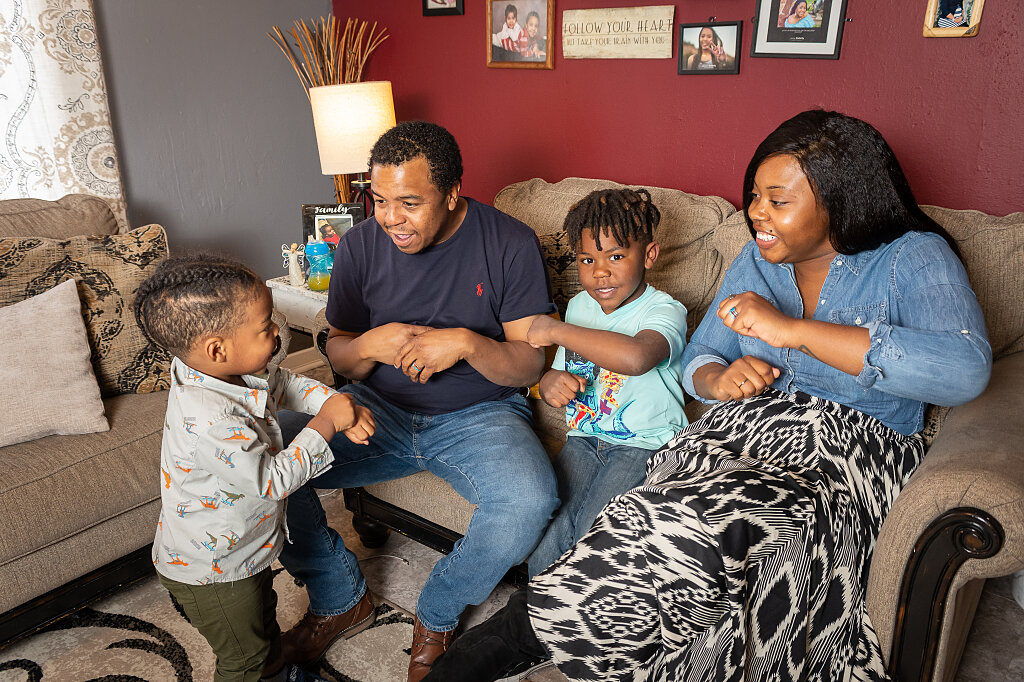 Briana now helps others who, like her, needed some guidance and help along the way

“I went back to the shelter that had accepted me as a child and worked there as a staff member. I knew what I wanted to do, I was hungry,” Briana said.

She went on to study at West Texas A&M University. Briana celebrated earning a bachelor’s degree in December 2020.

“I have this passion in me to help people who were me. People who are like my mother, my brothers and sisters, and those who are in the foster care system,” she said.

She began applying to positions through Amarillo, including one within Senate Bill 292, a grant program through Texas Panhandle Centers. Today, she is a case manager that helps with behavioral health, jail services, relapse prevention and more.

Briana is now the one answering the phone for those who need someone.

“They would usually hire someone who already has a year of experience and someone with a master’s degree. But they saw that hunger. And I know it was just a God thing,” Briana said.

It has come full circle for Briana. With determination and drive, the course of her life dramatically pivoted. A mother to Greyson and Samuel III, and recently married to Samuel II, she is stronger than ever.

“Over and over again, God’s been a part of it all,” she said.