After serving as interim senior executive director for five months, Jeff Ross will permanently oversee Buckner Children and Family Services in the Houston and Beaumont areas. 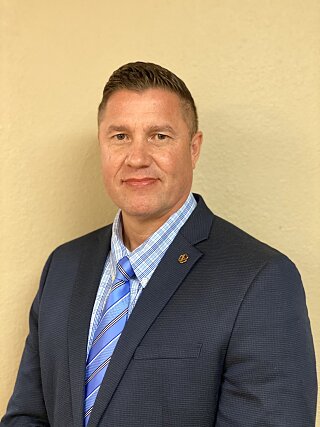 Jeff Ross will serve as senior executive director for Buckner Children and Family Services in Southeast Texas, effective April 1. Jeff was previously named interim senior executive director on Nov. 1, 2020. With the promotion made official, Ross will continue to oversee Buckner operations serving vulnerable children and families in Houston, Beaumont and the surrounding areas.

Ross has served with Buckner since 1995. He most recently served as the transitional program director for the FYi Center and TRAIL, as well as Fatherhood EFFECT and Project HOPES programs in Beaumont. Previous roles with Buckner have included counselor, clinical director, program director, associate administrator and acting executive director.

“Jeff brings passion, experience, and expertise to our programs in Southeast Texas,” said Samela Macon,  Buckner Children and Family Services vice president. “His leadership has been invaluable during his time as interim senior executive director, and we are proud to have him in the role more permanently.”

Ross is a graduate of The University of Manitoba, where he obtained his bachelor’s degree in psychology with honors. He is also a graduate of Lamar University where he earned a Master of Science degree in Community-Counseling Psychology, as well as a Master of Business Administration. Ross is a licensed professional counselor and supervisor, a licensed child placing agency administrator, and a licensed child-care administrator.

Transplanted to Southeast Texas close to 30 years ago, Ross and his wife, Christina, have a son, Gavin, who is currently enrolled in the United States Air Force Academy, and a daughter, Erin, who is a freshman at McNeese University.

Driven by his commitment to serve children and families

“I believe that aligning professional social services with the Buckner mission through Christ is how we best serve the community and help others strive for healing and growth,” he shared.

“It was an honor to serve as interim senior executive director during a challenging time. I am proud of the ways our Southeast Texas teams have transitioned their programs and services during the pandemic, and I look forward to continuing our work serving the community as we move forward,” said Ross.