When Miriam Salinas steps out of her mobile home to greet us in the tropical heat of the Rio Grande Valley, it’s like she’s stepping out of the past and into her future.

The mobile home represents Salinas’ past life, which includes poverty and lack of opportunity. It’s a dilapidated wreck, with no working plumbing and air conditioning in only one room for the family that includes her husband Mario and their three children who still live at home.

“Because of the heat, there are quite a few little animals and flies,” she said. “I have to feed my family breakfast, lunch and dinner in the only room that has air [conditioning]. And it is super hot. It seems like I’m punishing them.” 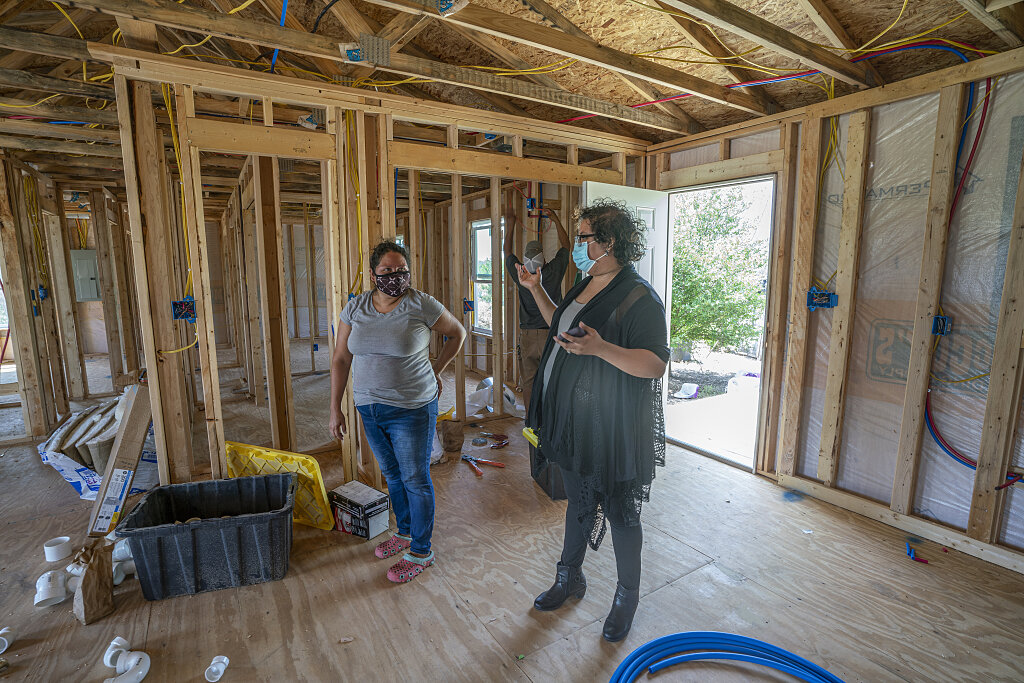 She’s able to say that last bit with a hint of a smile because, as she continues walking, she walks past her new commercial nursery business and rounds the corner of the mobile home and into sight of her new home, a two-bedroom frame home being built by Buckner volunteers, with help from Buckner Missions staff.

The nursery and new home represent a new future for her and her family. It’s a future, said Buckner Director of Missions Chris Cato, that will mean financial stability for the Salinas family.

“In addition to being in the home build program, they learned to garden and grow plants at the Buckner Family Hope Center through our Texas A&M AgriLife partnership,” Cato said. “Last year after the ag classes, they wanted to start a nursery business, so a Missions staff member met with them consistently, coached them on bookkeeping, entrepreneurship, etc. Now they have a super-impressive spread of plants, hundreds upon hundreds, that they sell at market and online. It was a way that Miriam could supplement their income and stay home to take care of their kids.” 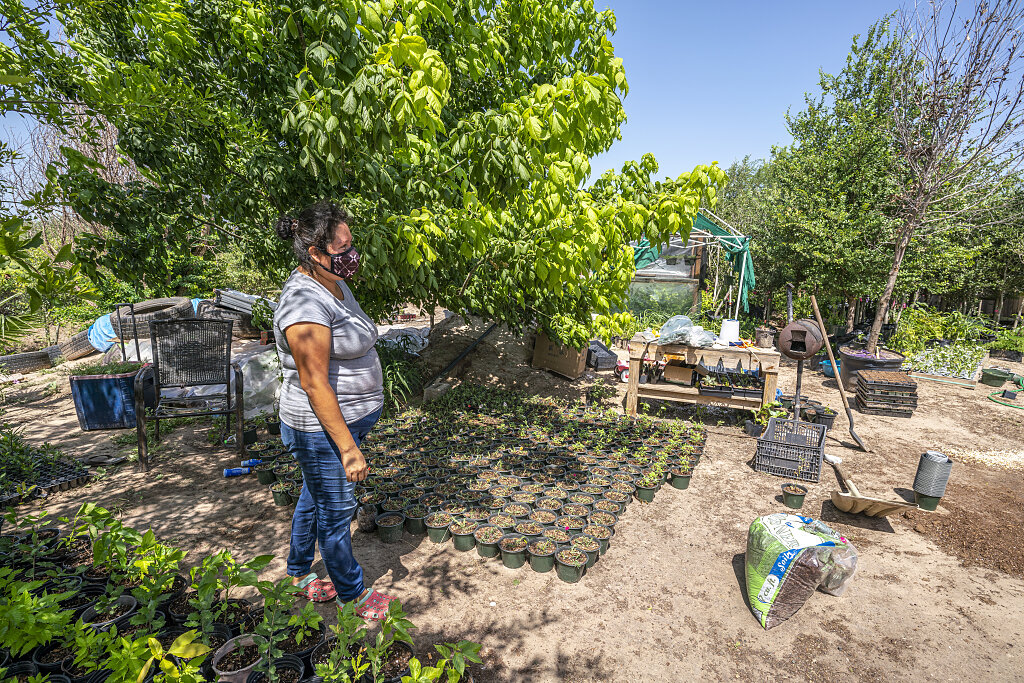 Salinas said the Family Hope Center/AgriLife course “helped me with the flowerpots, with soil. And that’s how it all started. [They also helped] with shade for the plants and then irrigation.”

Pointing to the rows of maturing trees beside her house, she added, “I used to have only oak trees, now I have a little bit of everything.”

After the family moves into their new home, they plan to move the old trailer and replace it with a large greenhouse.

“What I like about this is that between all of us, we work with the plants, and I can go to work and take the children with me,” Salinas said. “I don’t have to leave them with anyone. The children say that when they grow up, they also want to work with plants. It’s strange that they say that, but they see how quickly you earn money.”

As she walks up to her new front porch to see the progress the volunteers are making on the already framed and roofed home, she beams with hope. 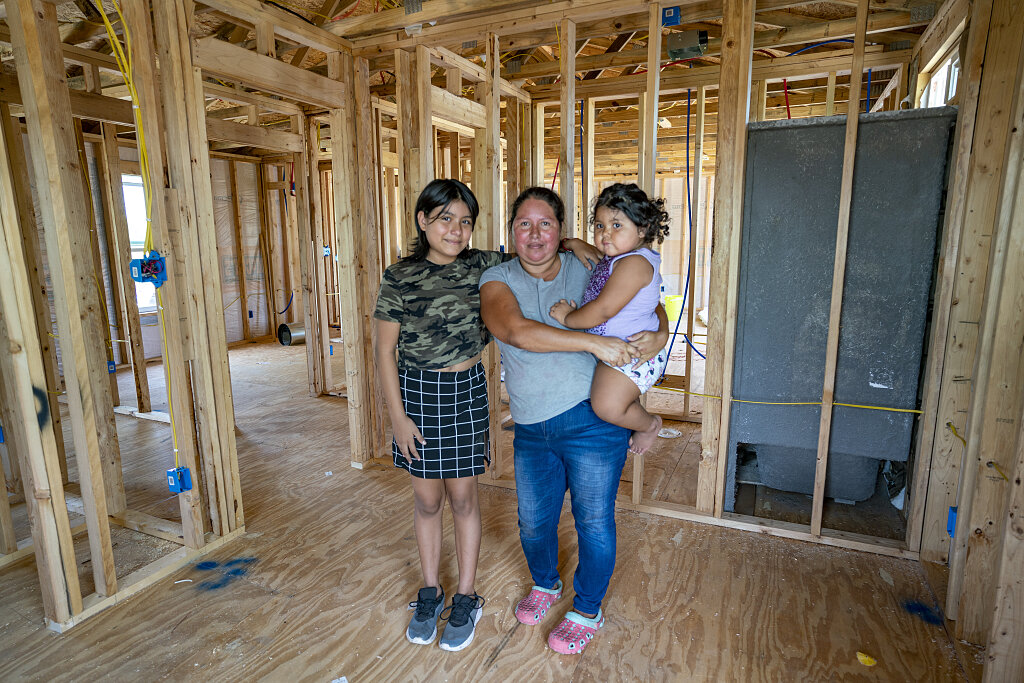 “The children will be able to play and walk everywhere," Salinas said. "They will not be scared when rain and strong winds come. They now say they will no longer be afraid.”

She greets the two local volunteers working on the home alongside Ron Corkill of Buckner Missions. One of the volunteers is Carlos Cabrera. He and his wife, Elizabeth Gracia, received a new home through Buckner in 2019. As he said in an interview later at his home, he gives back through volunteering because of the inspiration he receives at the Family Hope Center. 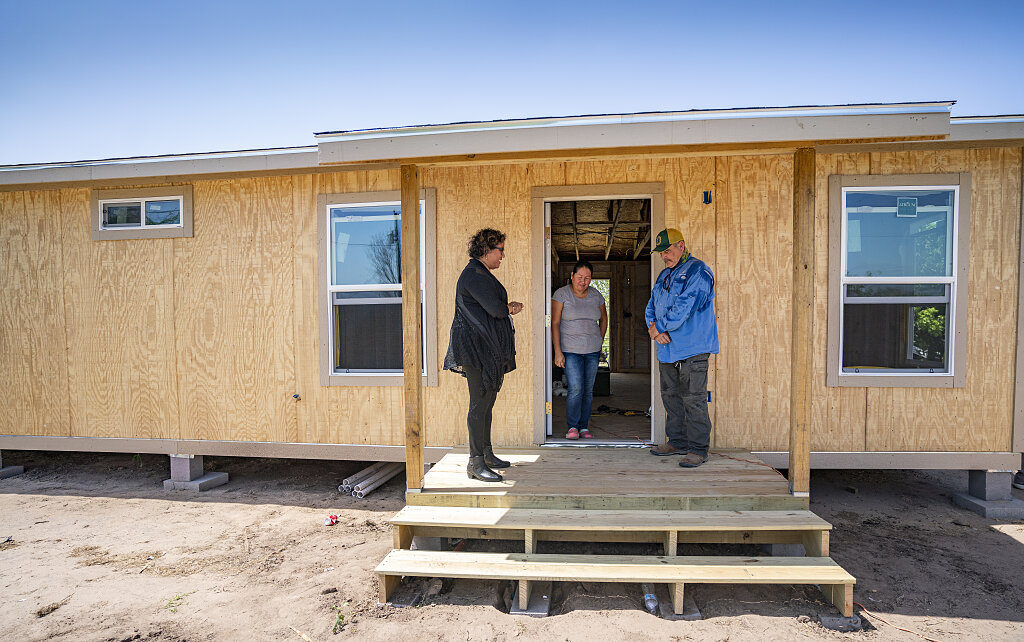 “I feel very happy because that was a very great blessing,” he said. “Something that impacted me was the way in which Buckner people support families and how they help you get ahead. Buckner looks at the hearts of people. I see how they strive and how they are brave ... and to come help us and motivate us to be able to, like me as a parent, to get ahead and try harder.

“We feel very happy to have this house and we are blessed because a house like this we practically cannot afford it,” he said. “It is something very nice to own a new and special house. For me, it is special because each one of you has put a part of yourselves here in our house.

It was those volunteers, he said, including churches and businesses volunteering through Buckner, who inspire him to volunteer on other home builds. 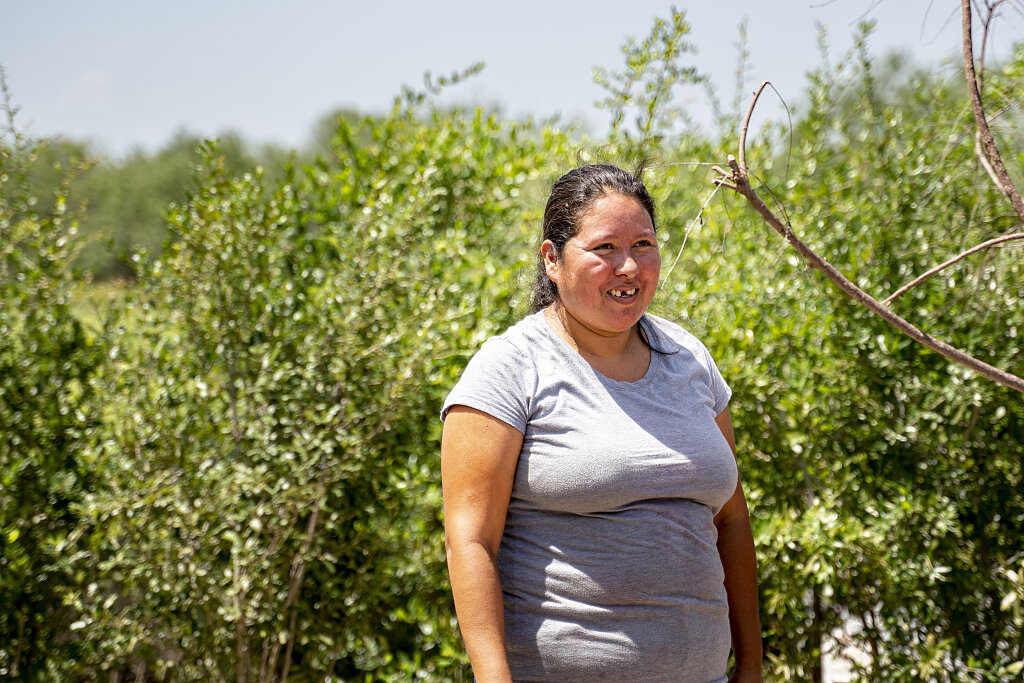 “They filled our hearts,” Gracia said. “Nobody complained that it was too hot. Nobody complained that they were too tired. They all wanted to work. The young ones too. I asked the boys, ‘Do they pay you anything? They said, ‘No, they pay us up there. In heaven we have our reward. We are sowing for the kingdom of God.’

“Young people, little ones, told us that,” Gracia said. “And I started to think, ‘What a great example they set for us.’”

See how you can help families in need in your own community.