Another added challenge is finding a home that can take in a group of siblings so they can stay together. According to the Department of Family and Protective Services, more than 6,000 sibling groups are currently in foster care.

On either end of Texas, two groups of siblings found their forever homes before they had to face that harsh reality.

Noah, Daniel and Jacob are three teenage boys who keep Kara and Armando Silvas on their toes. While Kara and Armando may not be much older than the boys, becoming their parents have been an answered prayer.

“God is everywhere in this story,” Kara shared. “From the very beginning, we’ve based our adoption story on prayer.”

Kara was unable to have children and the couple prayed fervently for God to guide their next steps in growing their family. They met the three boys at the Texas Girls & Boys Ranch in Lubbock, Texas, while working as campus parents and Armando knew immediately.

“I told Kara, ‘I want to give them a second chance at life,’” he said. “And we prayed about it and it just kept coming up one day after another. And so we put our application in and they called us within a few hours and we went to meet the boys.”

Raising teenagers is not an easy task. But it seemed this was a God-designed fit for the Silvas.

“What it’s like to be their dad is amazing,” Armando said. “I never expected it to be this warming, this loving. The boys mean everything to me – with them just being themselves. It doesn’t have to do with, ‘Oh, I have to love him because he adopted me.’ It’s just them being them. It’s an amazing feeling that sometimes is hard to explain.”

For Kara, raising three boys keeps her young. She loves the energy and fun they bring to the house. But more than that, she cherishes the special moments they have together.

“I was expecting as a boy mom for it to be wrestling and sports year-round,” she said with a laugh. “And there is that. But there’s also, ‘Hey Mom, I love you,’ and a hug when they come home from school. I love coming home and knowing my boys are going to be there.”

The couple was told by people in their community that adopting three teenage boys was a crazy idea. But they were secure in God’s calling for their life.

“We’re not much older than the boys so a lot of people questioned us being able to do this,” Kara shared. “But together, we feel like we can accomplish anything.”

The boys were living at the Texas Girls & Boys Ranch for nearly four years. Coming from a childhood of instability and addiction, they adapted the best they could and stuck together. 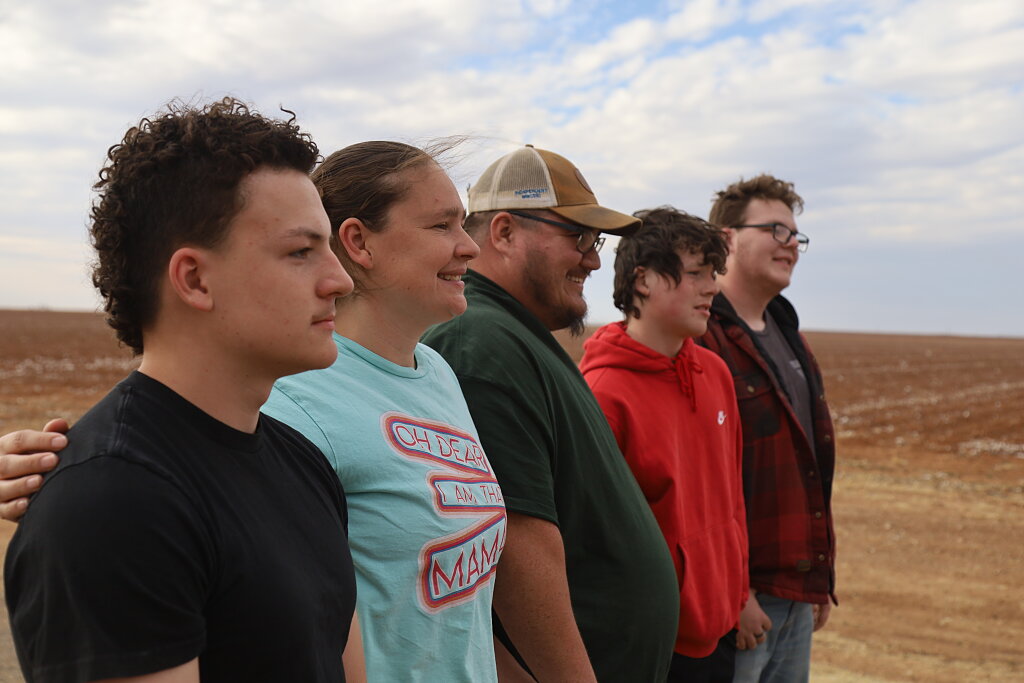 The oldest son, at 17 years old, had nearly given up on being adopted. But on Nov. 8, 2021, the Silva family grew by three teenage boys – just before he turned 18 in January and would have aged out of foster care.

“I was thinking about just phasing out and going out on my own,” he said. “But for people my age in the situation I was in, something will happen. Just don’t give up and keep working toward finding your family.”

Carey Augustin in Beaumont, Texas, met Tameco (14), Be’Aja (16) and Damontylynn (13) and knew immediately she wanted to provide a forever home for them. Carey worked at a group home for several years where she met the girls. While there, the four developed a close bond, and she decided to open her home to a kinship placement for them.

“I’m big on family, and I’ve always wanted to keep a family together,” Carey shared. “Adopting a sibling group, I just couldn’t see those girls split up.”

She worked with Buckner Foster Care and Adoption to become licensed as a kinship home, with the goal being adoption.

Carey has four biological children who are already out of the house, but she wasn’t afraid to start over again. For her, adopting the girls was the only option. She wanted to make it official rather than only have them in her care under foster care. 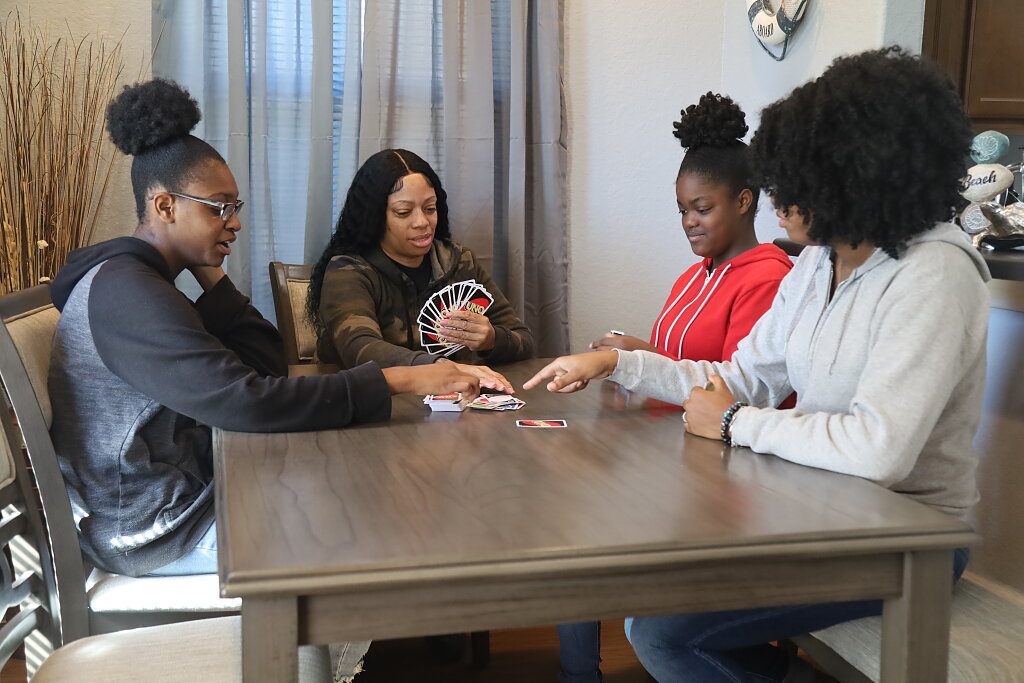 Raising three teenage girls definitely comes with challenges, but for Carey, their smiles, joy and stories make it all worth it.

“They’re wonderful,” she said. “Each one has their own personality. And being a mom all over again was kind of challenging, starting over again with three girls, but it gave me a reason to smile. It gave me something to wake up to. Happy I made a change in someone’s life.” 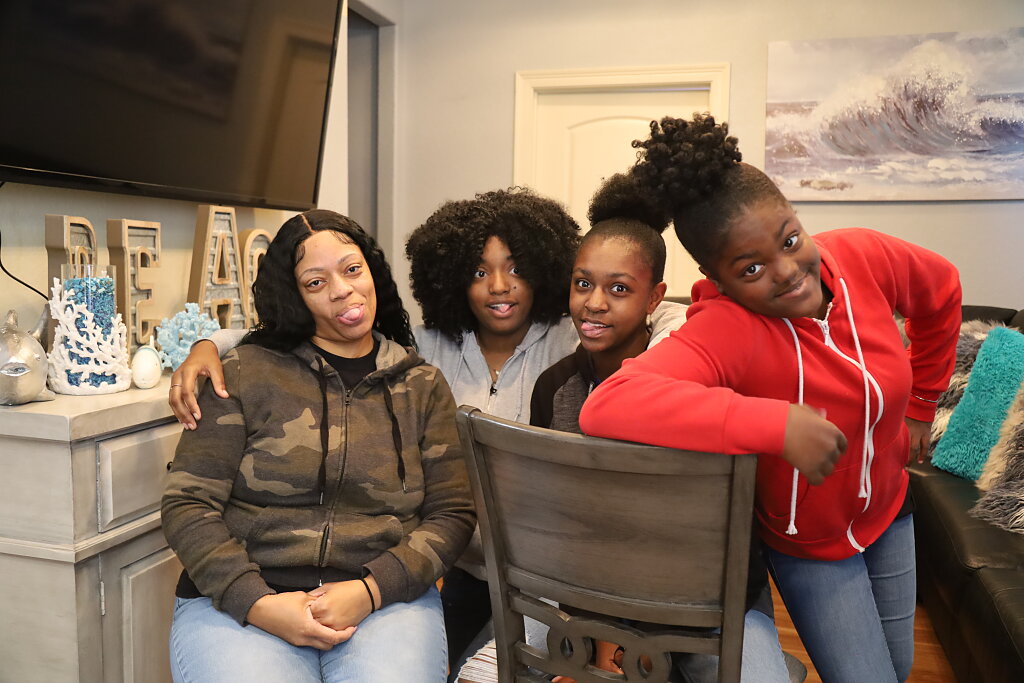 For the girls, they love their new family. Being older in the foster care system can force children to grow up quickly and learn skills they wouldn’t normally have to learn. But adjusting to the love and protection of a mother has helped the three girls grow and learn to lean on her for support.

While Be’Aja had to shift into a parental role with her sisters throughout their time growing up in foster care, she also knew she didn’t want to be separated from them.

Tameco believes if they hadn’t been adopted, they wouldn’t be who they are today.

“Mom is sweet and very caring, and she loves putting others before herself,” Tameco shared. “She loves taking care of us and she pushes you to do better.”

The love, stability and routine Carey introduced into the girls’ lives has given them the opportunity to thrive. 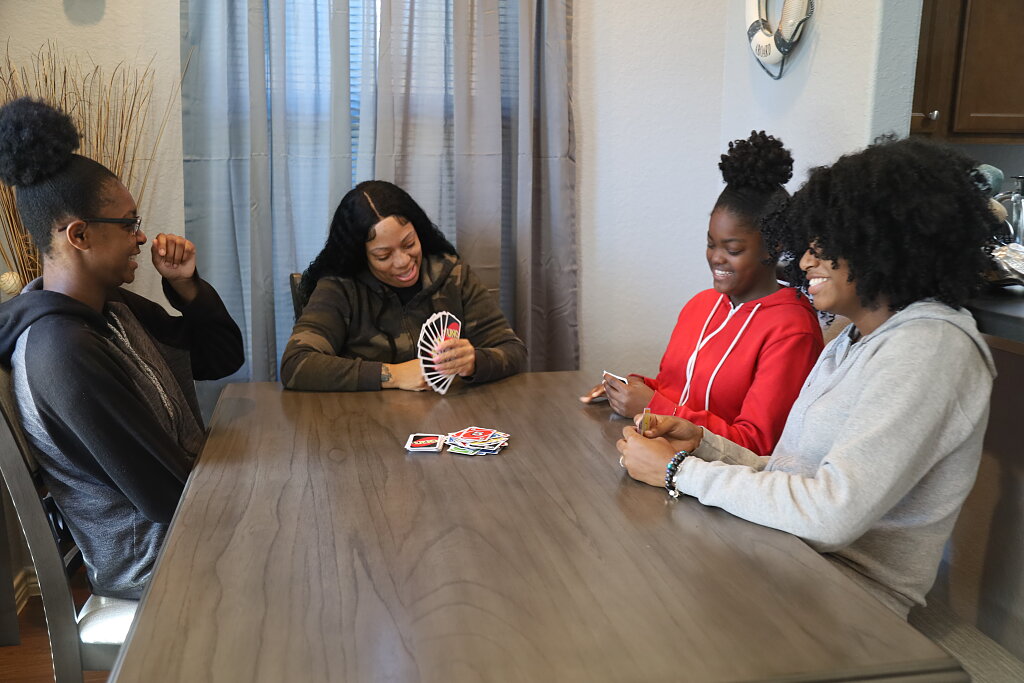 “Carey brought into each one of these girls’ lives a joy, just like they brought into hers,” shared Annie Flemon, Buckner foster care home developer in Beaumont. “By Carey adopting this sibling group, it allowed them to continue with what we refer to as family continuity.”

According to the Department of Family and Protective Services, for sibling groups placed in foster care, only about 66% are placed together. Losing family continuity and experiencing sibling separation compounds the losses a child faces when entering foster care.

While these girls experienced those losses, they have been able to gain back a sense of family through Carey and even through the extended Augustin family. Carey’s older children spend time with the girls and assist with caring for them.

Are you ready to learn more about providing a safe and loving home for foster children in your community? Learn more about becoming a foster parent and attend a informational meeting.