There’s a sense of energy when you walk through Faith and Gerald Varlack’s front door. It’s more than a house; it’s an experience.

Maybe it’s the original art or the comic book collection displayed on the brightly painted walls of blue, orange and green in their open-concept home in Mission, Texas. Or the music playing in the background, or the bright Rio Grande sun filtering through large windows and onto a lifetime of family photos of the couple with their three adult biological children: Cherish, Japheth and Adriel.

More likely, though, the energy in the house comes from the constant movement and laughter from Zane, Jesse and Moses - all under the age of 3 - as they play with their parents. The couple adopted Zane, 2, in June after fostering him since he was a newborn. They are currently fostering Jesse and Moses (names have been changed to protect privacy) and hope to adopt Moses soon.

The experience that is the Varlack home can be credited to the family’s personal vibrance. Faith and Gerald are both educators – she teaches choir and he teaches math – as well as artists. All members of the family are active musicians. Faith and Gerald participate in the music ministry of their church, Calvary Baptist in nearby McAllen, and their three older children have been vocalists in school and church since childhood. 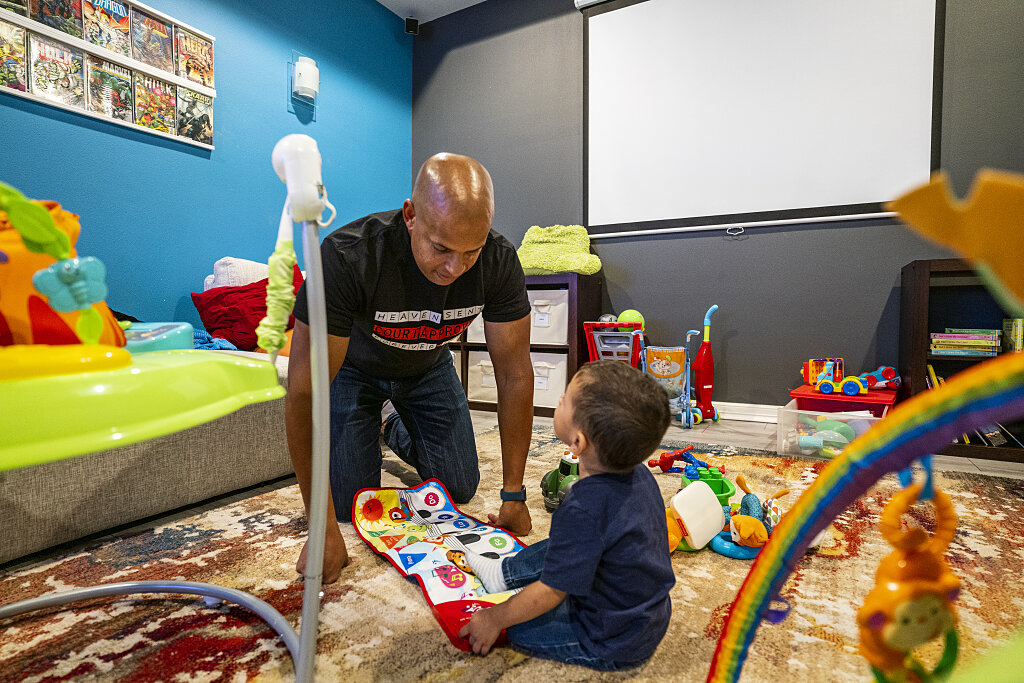 But adding to the energetic feel of the home is Faith and Gerald’s admission they’re also roller coaster riders of sorts. As they say, it comes with the territory of God’s calling for them to serve as foster and adoptive parents.

Melanie Mata, the Varlacks’ Buckner case manager and adoption worker, said, “When you walk into the Varlack home, it’s a little bit of chaos since we’ve gotten the last placement in here. But it’s a home filled with love. Everyone is very hands-on, very attentive, very patient with one another. Everyone helps out and picks up the pieces.”

When Faith first approached Gerald about her desire to foster a few years ago with another agency, Gerald responded with a single question: “Why do you want to do this?”

“He’s the more logical one,” Faith said. By 2018, though, the couple had prayed through their mutual decision to become foster parents through Buckner.

“We finish the trainings, we get certified, and we get our first placement, a couple of boys,” Gerald recalled, “and that placement is very ... What’s the word I would use, Faith?”

“An emotional roller coaster,” he agreed. “The pendulum shifted from high excitement and then high anxiety and then back and forth between those two.” 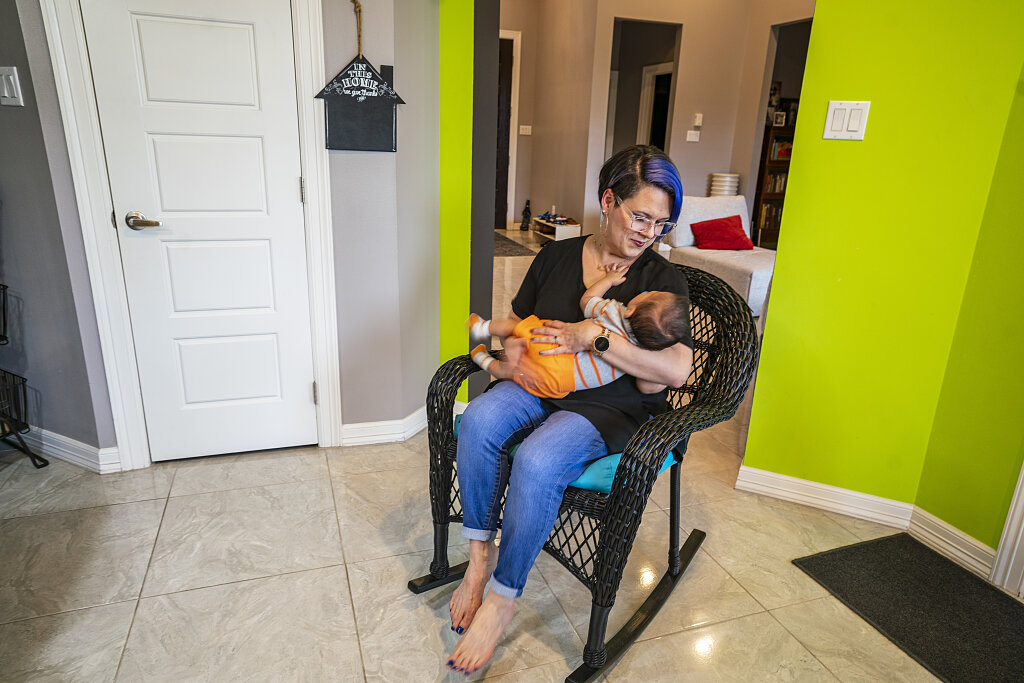 Gerald described the highs: “God was giving us this opportunity, and we looked at it as ministry with caring and compassion, everything like when we talk about what it means to be a Christian and what it really means ... ‘widows and orphans,’ right? The orphan finds mercy in God, and God cares about the orphans. It’s really what we should be all about. I guess for me I was feeling, ‘Wow, this is what my faith in action looks like.’”

But, like any roller coaster, there were dips. After seven months of caring for the boys, the Varlacks realized their foster boys needed a higher level of care than they could supply.

“They were amazing kids,” she said. “That [honeymoon] phase ended and then we thought, ‘This is above our ability’ and we had to let that placement go. Then it was a lot of questioning ourselves if we failed and a lot of regret, to the point that Gerald asked, ‘I don’t know if I want to do this anymore.’”

Part of Gerald’s disappointment, she explained, stemmed from his passion. “He really gave everything, I mean everything. Those were his boys. It was hard, getting him to want to foster again.” 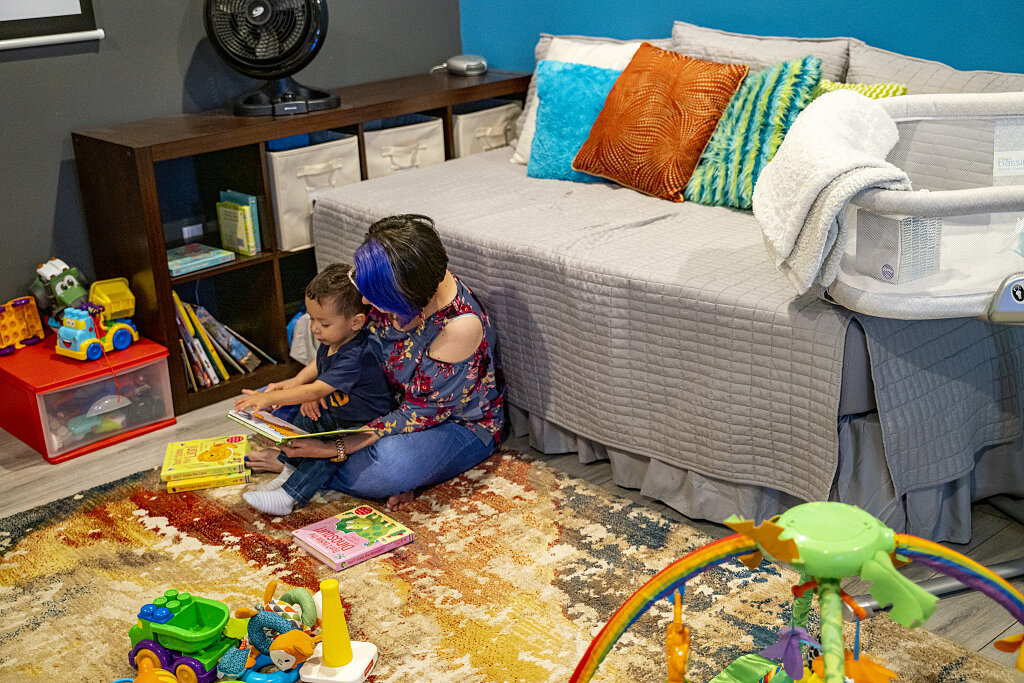 But Buckner foster care staff found another placement, a brother and sister who were soon to be reunited with family. Since the placement was temporary, both Buckner and the Varlacks felt it might be a good transition to a more positive experience for the foster parents and children.

“They said the little boy was very aggressive, and he wouldn’t talk to anybody,” Faith said. “But in one month’s time he was talking and smiling, and that was because of Gerald. In his heart, he was saying, ‘I’m not going to fall in love again. I’m not going to do it.’ Yet, he still was so amazing with them. It was a great experience and Gerald was more open to the next placement.”

Gerald’s eyes light up as he confirmed her words. “After that one, after the little boy and the little girl, that’s when this guy came,” he said, looking at his newly adopted son, Zane. “He was our third placement, right out of the hospital.”

Zane came into their lives in 2019 as an emergency placement at just 3 weeks old and eight weeks premature. 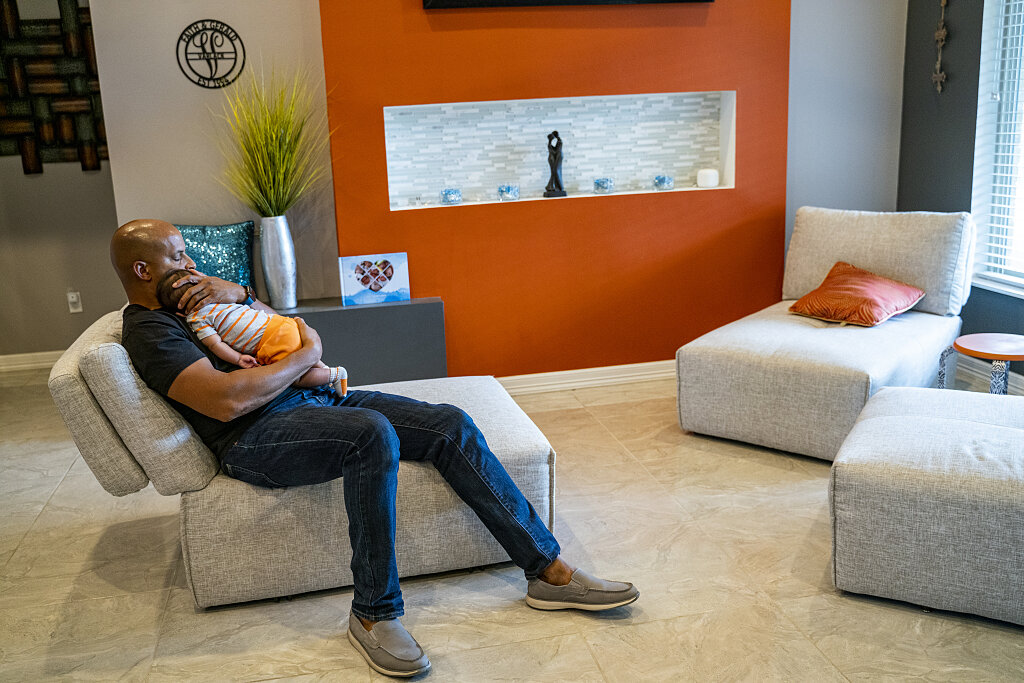 “He was a preemie, so every hour and a half to two hours he needed to eat,” she said. “We had a solid three months of no sleep. We were zombies that summer. With those kinds of experiences, you can’t help but fall in love, right?”

When the couple learned Zane would probably not return to his birth mother because of decisions she was making, they were determined to “fight for this baby” and adopt him. But Zane’s adoption proved to be another roller coaster, as efforts to reunite him with his birth mother floundered while she struggled with drug use and jail time.

It eventually led Faith to the emotional realization that a foster parent’s job “is to love them while we have them. And that was a hard lesson,” she said between tears.

“But that was a lesson I learned with Gerald. I’m trying not to get emotional. It’s so hard. But when I let it go and I let God have control ... it was easier for me to actually take the next placement, and the next placement, because it's not about me controlling it, it is about whatever God wants.

“When the adoption finally happened, I was like, ‘OK, God, you chose us, you decided we were the ones that were the best home for him.’ It’s a big responsibility, but it was also a big ‘Wow.’” 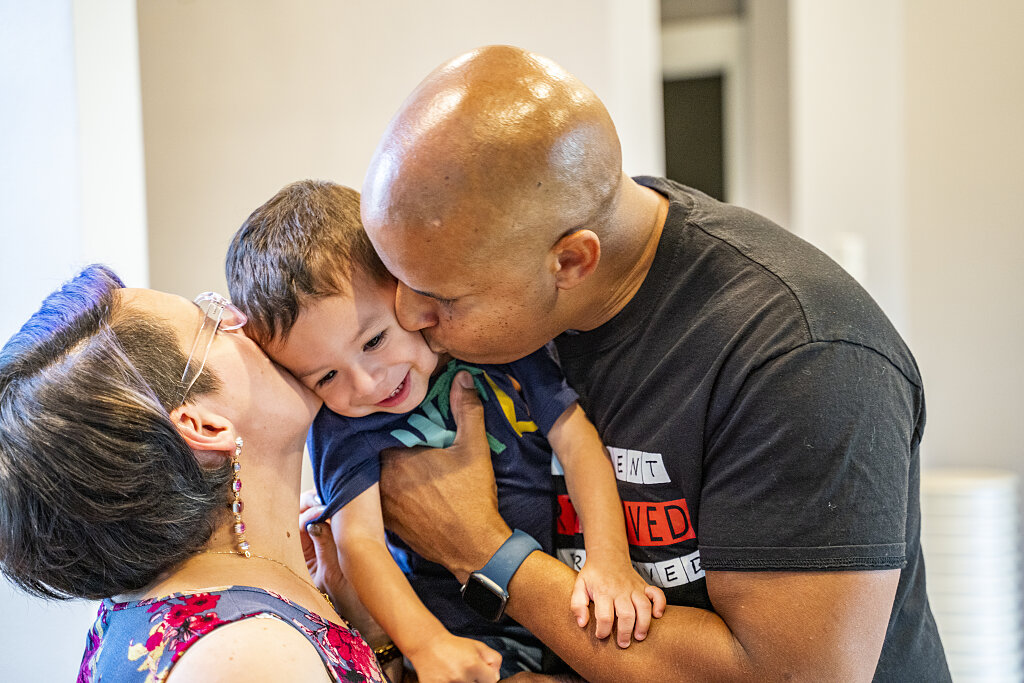 While Zane’s recent adoption has proven to be a high point in the family’s roller coaster ride, the addition of “Baby Moses” in late March provided a butterfly-in-the-stomach moment for them.

Moses is named for the Texas Safe Haven Law - commonly referred to as the Baby Moses Law - that allows parents unable to care for a newborn the ability to bring the child to a designated safe place, with no questions asked.

The Varlacks had indicated they would be willing to adopt an infant, but the day Moses arrived, they were presented with a quick-response proposal by CPS: Would they be willing to make the decision to adopt this child they’d never fostered - or even seen?

Faith recalled the phone conversation. “They said, ‘There’s a baby, and it’s under the Baby Moses law, so it’s going to go to adoption. Are you interested?’” she said. “I was like, ‘What? You’ve got to be kidding.’”

The family’s response was immediate. “Well, just throw our name in there and we’ll see,” she told the caseworker. “I doubted it would happen because there’s just so many people. And then he called back and said, ‘They chose you. CPS chose you.’”

“We got the call on Friday and then he came to us on Saturday,” she said. “Again, I felt that same responsibility, like God chose us, because there’s a lot of people that could have been chosen in the situation. He thought we were good enough, deserving enough to raise this child.”

The Varlacks hope to adopt baby Moses in the near future, their fifth child. Cherish, 24, is their oldest. She said her parents’ commitment to children has given her a lot of respect for them.

“In that way, my opinion of them hasn’t changed much,” Cherish said. “They’re great, but I think I have a lot more respect for them and now know how much work it was to have three toddlers at the same time.”

Reflecting on their foster and adoptive journey – all of the roller coaster’s ups and downs — Faith reflected on how it’s been a spiritual journey as well.

“It’s so hard to believe. I’m pinching myself,” she said. “We have six children right now and we’ve fostered over 12, but my prayer is that these boys would feel loved, and not just loved by us but loved by God.

“I know God has a purpose for them,” she said. “We got the opportunity to be in their lives and that they will just be happy and really, really will serve God. I want them to do really great things. I really have dreams for them to do that because I don’t think it was an accident that they were with us.”