Christmas may be less than four months away, but that is not stopping residents at Buckner Villas in Austin, Texas, from bringing some holiday cheer to American troops around the world.

Residents teamed up with Operation Support Our Troops – America to send 769 stockings filled with candy, snacks and hand warmers to members of the military during the pandemic as a part of the Holiday Stocking program.

In addition to making stockings, residents wrote personal notes of thanks to the troops. 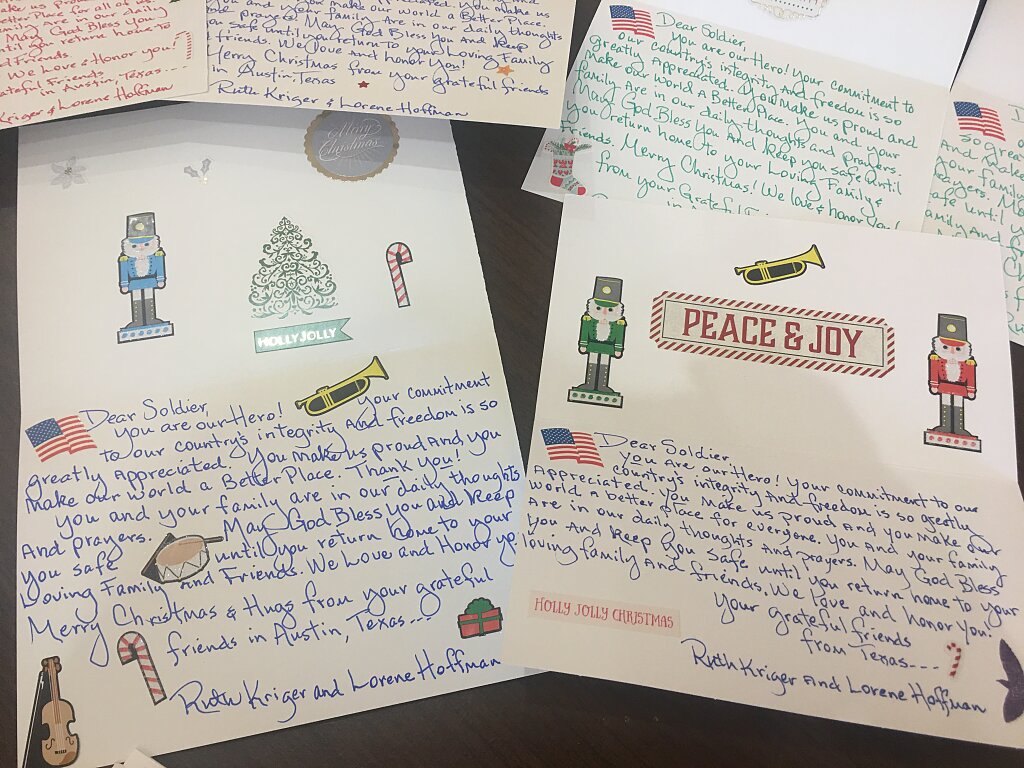 “My husband served in Vietnam, and my nephew served in Iraq and Afghanistan,” said Kay Gonzalez, Buckner Villas resident. “They both shared with me how much mail meant to them when they were away from home. The least I can do is to help make the Christmas stockings and write letters to the military to let them know how much we love and appreciate them.”

The resident-crafted stockings and handwritten Christmas letters will arrive to the organization’s headquarters in Illinois where they will be sorted and shipped to service men and women around the world ahead of the holidays. 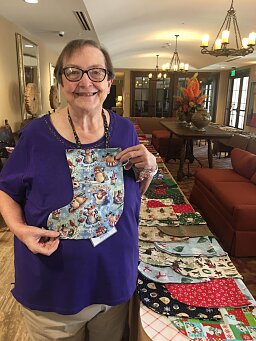 “Playing a part in Operation Support Our Troops donation programs is important to many of our residents,” said Janet Burnett, life enrichment director at Buckner Villas. “The support they show for the military and hard work they put into the stockings each year is inspiring. I am proud of our residents for playing a part in the mission to increase morale and show the military that we are thinking of them. Making the stockings was a blessing during the unprecedented times we are living in right now.”

Operation Support Our Troops – America is a nonprofit organization that works to boost morale and bring comfort to those who are serving the country in all branches of the military. The organization's goal is to show troops that the American people have not forgotten them, and do so through year-round donation collection, various holiday care package events and more.

Learn more about how Buckner is inspiring happiness at Buckner Retirement services.