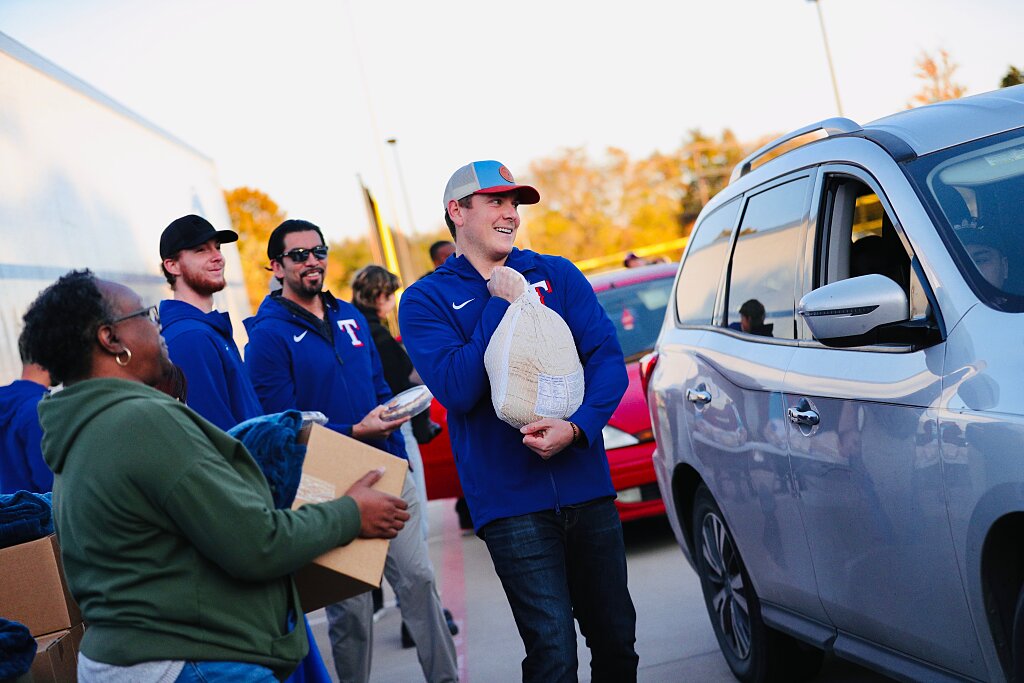 During the drive-thru event, families from the Rangers Youth Academy and the Buckner Family Hope Center, which operates inside the academy, were able to receive a full-sized turkey, pies, and several Thanksgiving sides such as yams, rolls, cranberry sauce and more. Photo courtesy of the Texas Rangers. 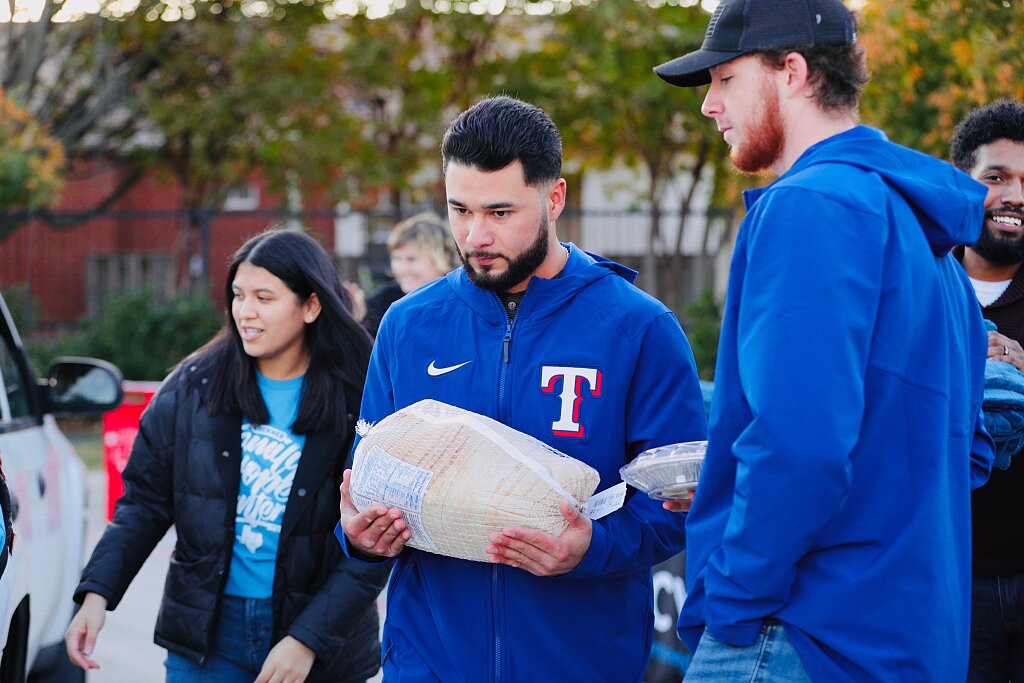 Thank you Texas Rangers for helping Buckner families have a happy Thanksgiving!

Discover how you can help families and children in your community.