What comes to mind when you think of Veterans Day? For some, it may be the image of a father or grandfather courageously fighting for freedom. Maybe it’s media portrayals of battle scenes from war movies and television shows. Perhaps you reminisce on your own memories of service— from basic training, to combat, to writing loved ones back home.

Or, do you envision a nurse working tirelessly to aid wounded soldiers in the operating room? How about a young woman from Toledo, Ohio, facilitating background investigations for security clearances? For Donna Whitworth and Jennie Rose of Buckner Villas in Austin, Texas, these were their realities. Humble servicewomen though they were, their impact and contribution to our nation is immeasurable. 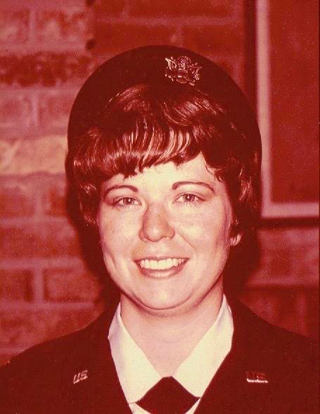 Donna Whitworth spent most of her growing up in the Houston area and graduated from Baylor University’s nursing school. Coming from a military background, Whitworth always knew she wanted to serve her country, and after working two years as a nurse, she decided to enlist in the military.

“My daddy had served in the Navy and I had grown up with movies like Strategic Air Command, so I decided to go with the Air Force. I entered as a First Lieutenant,” she said.

Whitworth was stationed at Vandenburg Air Force Base in California where she served as an operating room nurse during the Vietnam era. Because the United States had begun to withdraw overseas at the time, Whitworth served stateside for the duration of her service.

“I worked on active military personnel and their families and I had a great bunch of doctors to work with. I really enjoyed my time there and felt like I was making a contribution to my country,” she said.

Although Whitworth had a positive experience in the military, she admits that times have certainly changed for women in active service.

“Nurses were always appreciated and acknowledged by the doctors, but I think now women have so many more choices of what to do. So many jobs have opened up that were not available when I was there,” she said.

Just a few years earlier, a young Jennie Rose from Toledo, Ohio, had a similar fervor to serve her country that landed her in the United States Navy. 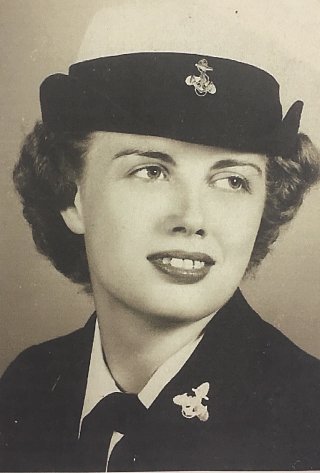 “I’d always envied people who could serve. Everyone in my family had served in the military somehow. As soon as I was old enough, I enlisted,” Rose said.

Rose was stationed at Great Lakes Communication Facility in Illinois where she ran background investigations for military personnel during the Korean War.

“I didn’t have what some might call an ‘exciting’ career,” she claimed. “But I enjoyed it and I met a lot of wonderful women who were doing the same thing.”

Due to certain policies at the time and a denied request to be transferred to her husband’s base, Rose eventually stepped down from her position in the Navy; however, as the wife of a sailor, her military journey was far from over.

“My job in the Navy prepared me for a lot of things. By the time I married and started moving around with my husband, I already knew what it was like to travel from place to place” she said.

Because her husband was attached the National Security Agency, she and her family also had to be prepared for evacuation at any given time, particularly when they lived in Japan and Germany. Though stressful at times, Rose feels her experiences gave her a unique perspective.

“Having the opportunity to live in different places and experience different cultures, we lived a lifestyle of patriotism,” she said.

Years later, Whitworth and Rose both found themselves residents of Buckner Villas in Austin, Texas. It was there that they were presented with the opportunity to receive recognition for their service through Honor Flight Network, an organization that transports veterans from across the country to visit war memorials in Washington D.C.

Whitworth heard about the organization through Anna Gatti, fellow Buckner Villas resident and World War II veteran, who had previously attended an Honor Flight and insisted that Whitworth needed to go.

Rose was recommended by her daughter, a resident of Austin, Texas, who volunteers with Honor Flight Austin through an organization called Overseas Brats. As soon as the opportunity arose to travel on the All Women Honor Flight #54 last month, Whitworth and Rose knew they couldn’t turn it down.

From boarding the plane to landing in D.C., to returning home, the women veterans received a once-in-a-lifetime experience and the utmost appreciation from the community. Each veteran was even assigned a guardian, comprised of volunteers committed to assisting the women for the duration of the trip.

Austin resident, Ronna Robbins, attended the trip as a guardian and was paired with Rose. As someone who is not a veteran, she explained that traveling on the All Women Honor Flight was a humbling experience.

“It was such an honor to give back and thank these women. They faced a lot of challenges when they served—low pay, no benefits, and sometimes poor housing. It’s an emotional experience to get to be a part of their bond, even for a little while,” she said.

Whitworth and Rose, like so many other women veterans—past and present—are a shining example of courage and patriotism. Thanks to organizations like Honor Flight Austin, their contributions don’t go unrecognized. When asked if they would recommend the Honor Flight to other veterans, the answer was a resounding, “yes!”