When Rob and Emily Holloway began the foster care and adoption ministry with Buckner, they had the opportunity to journey two parallel paths – but couldn’t be more different.

Their first path into foster care and adoption began with Buckner in 2019 with 8-year-old Kaylah. Rob and Emily prepared their three biological children: Baxter (12), Hazel (10) and Phoebe (8) for the newest addition to their family.

“When Kaylah came to our door, it was like a tiny tornado came into the house,” Emily said with a smile. “There was not a shy bone in her body.” 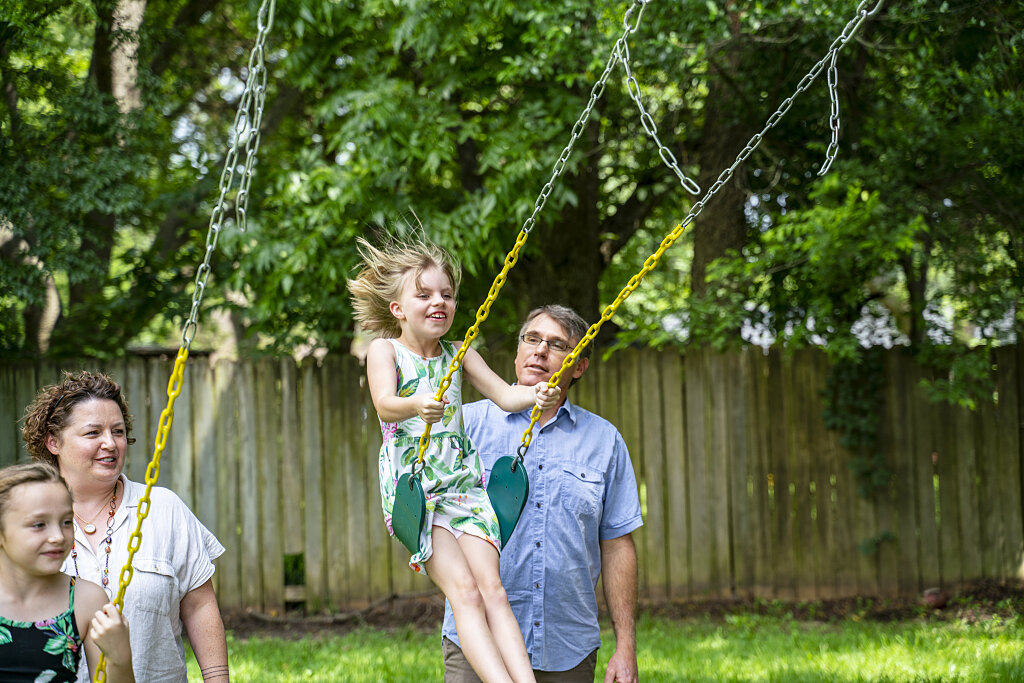 Rob laughs when he reminisces on the day of Kaylah’s arrival.

“Watching this little girl have free reign over the house … was just better than we were expecting,” he said. “She came in; she was upbeat and was just 90 to nothing immediately. As soon as she got here, she went into the kids’ room and put on dress up clothes, makeup and playing with the toys. It was like a kid at Christmas at a toy store.”

Over the next few months, Kaylah improved her language skills and the ability to express herself. The family watched her transform and settle into the home.

But then, another path through the Holloway home emerged. 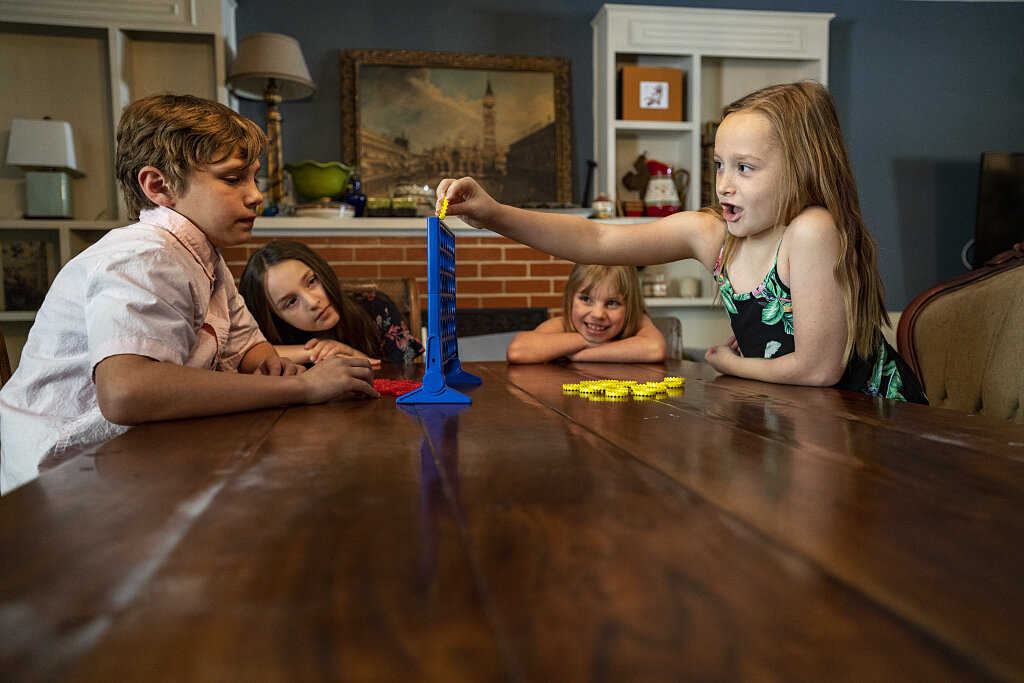 The Holloway family grew again in September 2020, just over a year after Kaylah had been placed. Twelve-year-old Darius (name has been changed for privacy) joined the Holloway pack and bonded with Baxter immediately.

The ability for the family to adjust to five children in the home and two foster placements is a testament to the heart Rob and Emily have for the ministry and the families.

Add in a pandemic.

Kaylah had been placed with them for over a year when COVID-19 became a reality in the U.S. The traditional court process was delayed. Darius entered their home at the peak of the pandemic in Texas. But the couple was dedicated to offering their home to children who needed it.

While the children grew together, Kaylah and Darius’ paths through foster care offered different challenges – including the added risk of the coronavirus. 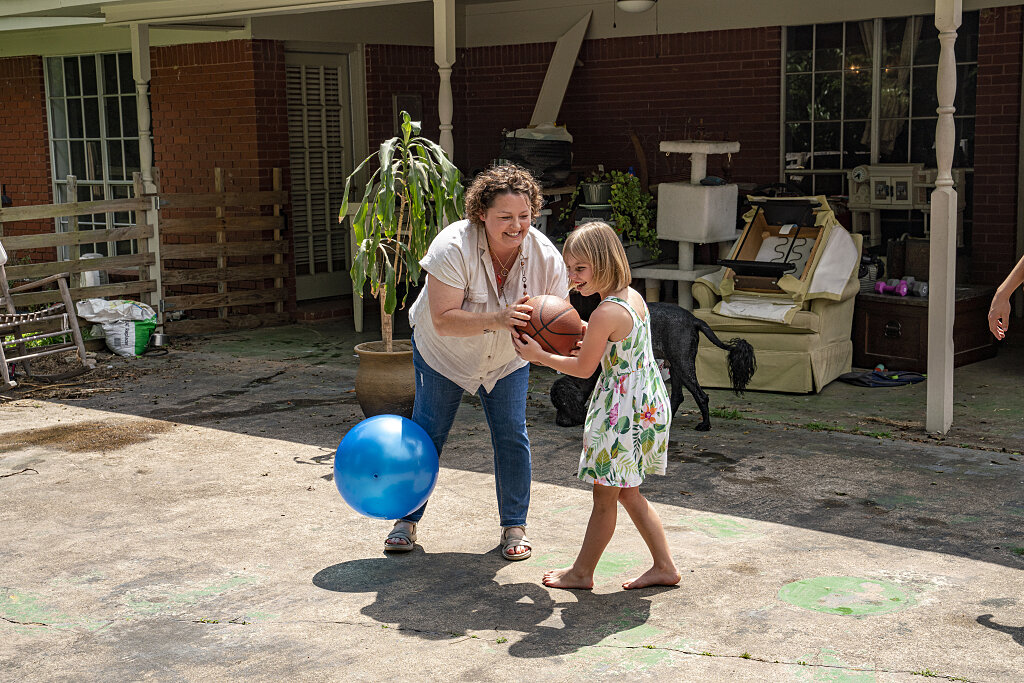 “These kids need people to pour into them, and they need a home without judgment and a home where they can thrive,” Rob said. “And the other part of that is the parents need acceptance also. The parents are in a bad spot, and they need encouragement too.”

Reunification had always been their goal. But both paths weren’t headed in that direction. Whatever route the two paths took, Rob and Emily felt prepared by the training they received through Buckner Foster Care and Adoption.

“Buckner prepared us and didn’t hold back anything,” Rob shared. “They wanted you to know what was out there and that was helpful going forward, even if it was a little scary.”

The Holloways’ ability to adapt and keep an open heart was key for these two very different journeys.

“Our role is just to step in through that time and pour into that child, and in our case, we first experienced that with Kaylah,” Rob said. “It took a little bit for us to come around to the idea of adoption, but she was making so much progress. Right around the time the process got extended due to COVID-19, we started talking about possible adoption.”

On July 16, 2021, Rob donned the same shirt he wore for the birth of each of his children to celebrate the adoption ceremony and the forever addition of their fourth child. Kaylah joined her forever family after 893 days in foster care.

On the parallel journey, the Holloways had the opportunity to celebrate alongside Darius and his mother as they reunited. 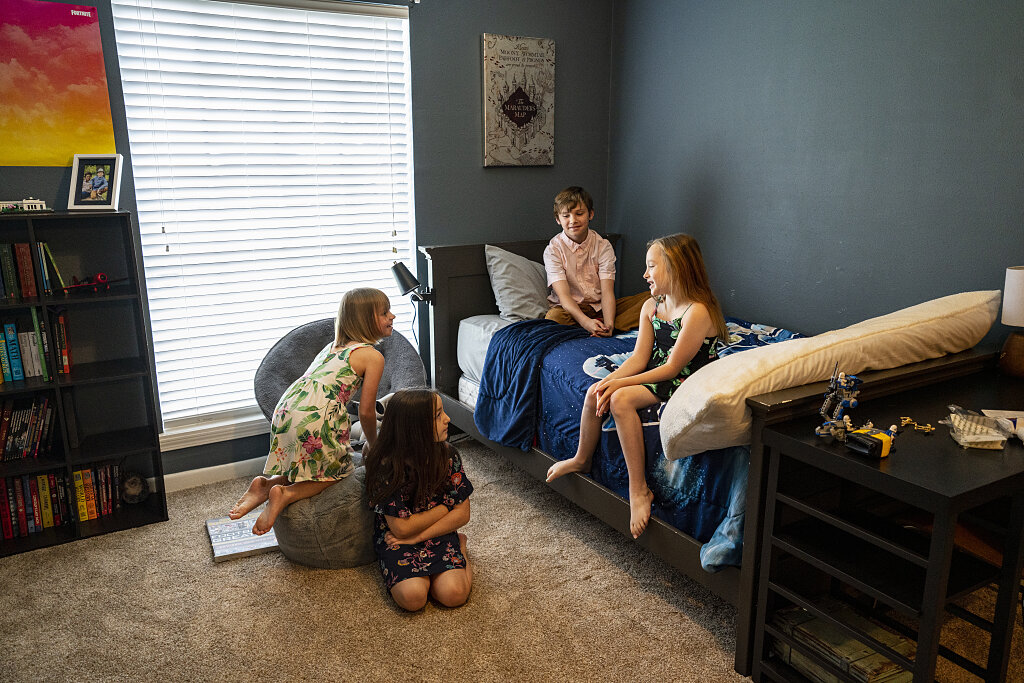 “It was an incredible thing we got to witness, to see her, and how much she loved her boys,” Emily said. “And how much she was willing to do anything to get them back. She is an awesome woman, and it was a blessing for us to get to work with her.”

This emerged into a strong relationship that continues today between the families.

While the two paths looked different, there was no doubt of the love that was given along the way for Kaylah and Darius.