“A joyful heart is good medicine; but a broken spirit dries up the bones.” – Proverbs 17:22

More than two dozen senior adults crowded around their phones, tablets and computers for the video conference Mann set up. The use of technology allowed Ventana Members to continue to isolate in their apartments during the coronavirus pandemic.

Mann’s first story was one told to him by a resident at another senior living community. The story dated back to when the resident was just a boy, and his mother gave him and his brother the task of deodorizing the outhouse before their relatives arrived for a party. The boys masked the odor with the strongest scent they could think of – gasoline.

They poured more than a gallon of gasoline down below the outhouse. However, they forgot one important detail. After a big meal, their grandfather always liked to smoke his pipe while in the outhouse. When Grandpa knocked a few embers from his pipe down below, the results were explosive, knocking all four walls down and leaving Grandpa in shock and scrambling to pull up his pants. 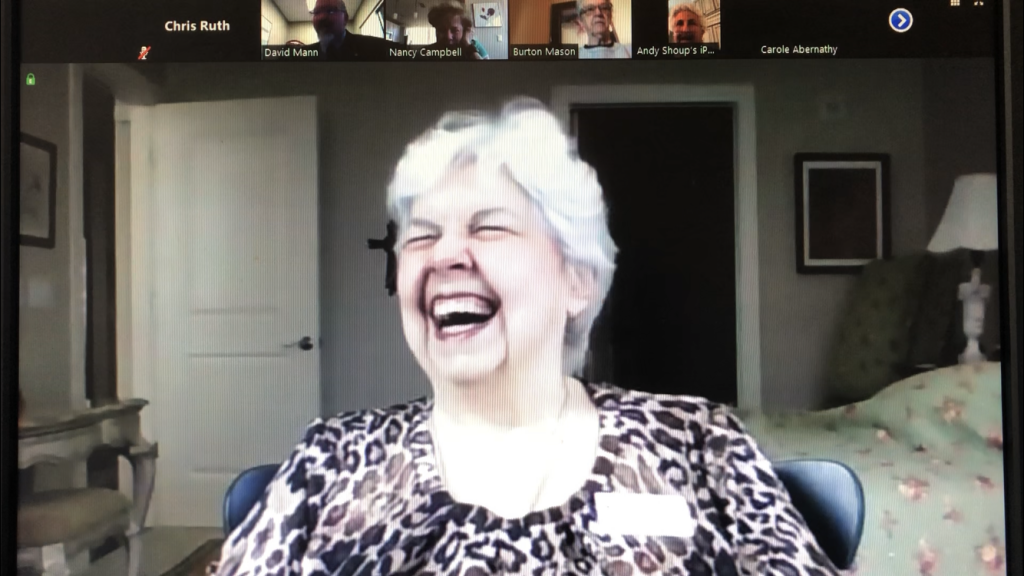 As Ventana Members laughed at the story, the video conference picked up on their audio and the central image jumped around to show the amused faces.

A string of knock-knock jokes from Mann ensued – some elicited laughter, some groans, but the intent was enjoyed by all.

“A little old lady who?”

“Wow! I didn’t know you all could yodel!” 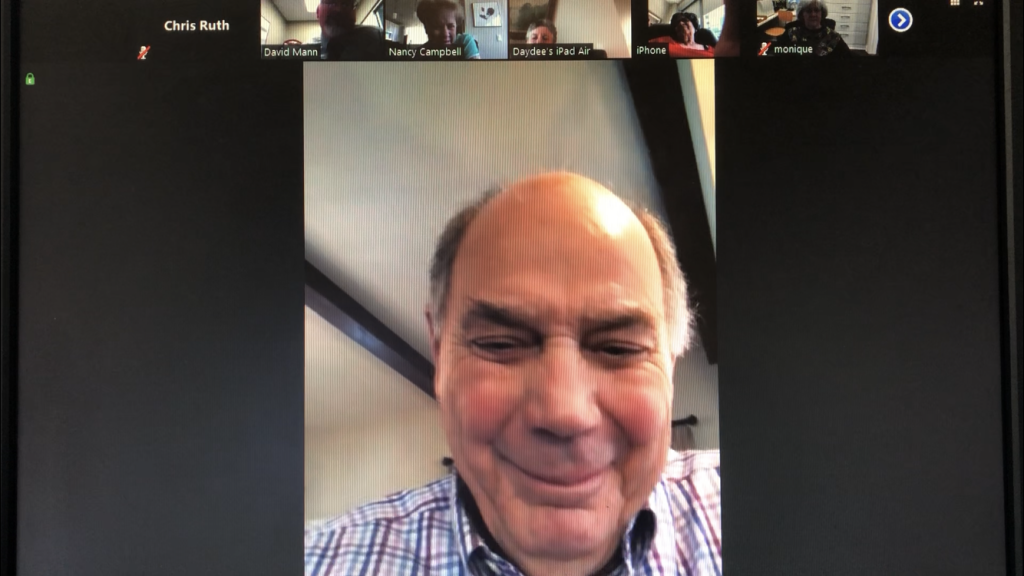 One Member chuckled as she talked about the giant ears of the new kitten she was adopting. Another Member told the story of how her uncommon first name resulted in a military draft notice and an uncomfortable conversation with the Draft Board about her gender.

Laughs were shared by all, and the Ventana Humor Club ended with a prayer by Mann offering thanks for the ability to connect with family and friends via modern technology and share some love and humor: “During a time of uncertainty, we are always certain of Jesus’ love.”