Anjali and Adan Santiago sit in the cool kitchen of their new home, sipping coffee and playing with their daughter, Anya, 2. Adan is a mechanic who has started his own auto repair business, Adan’s Automotives, with Anjali, and he’s already been working in his shop behind their home. Anjali is an ally for the local Buckner Family Hope Center in Peñitas and teaches woodworking and budget-minded crafting to other local families.

The couple is relaxed as they sit with each other and, by many accounts, happy and successful. They’ve paid off a big portion of their debts and bought a piece of land to expand the auto repair business. 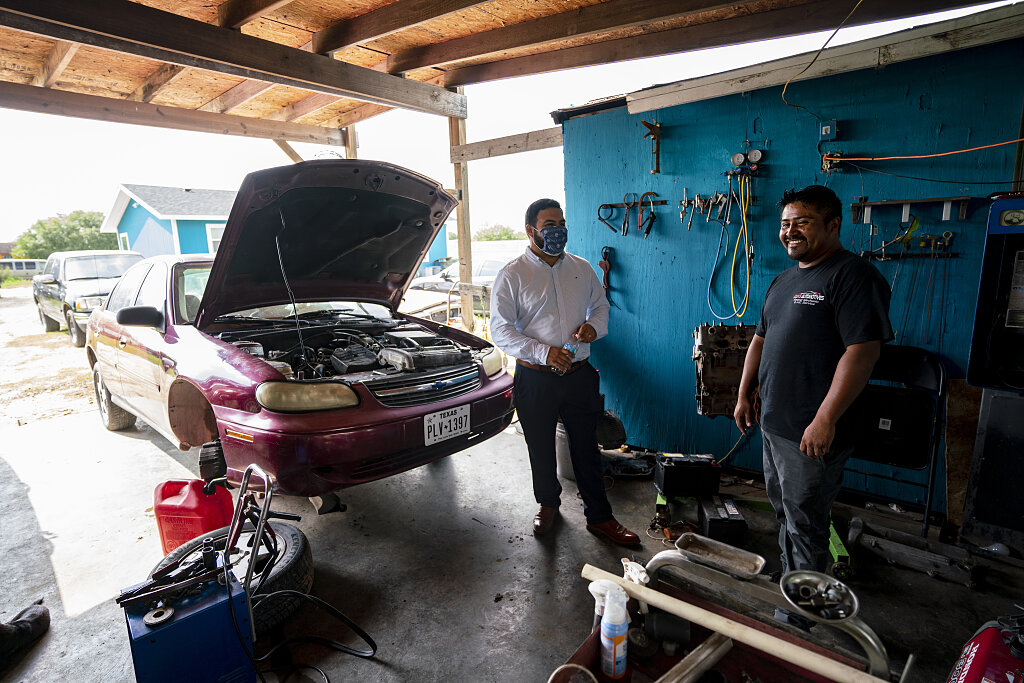 They started their business with the help and encouragement of the Family Hope Center, and their home is the result of a 2020 “virtual home build” by the Woman’s Missionary Union in conjunction with Buckner.

Despite the successes in their lives, ask Anjali about their history, and she grows misty-eyed, comparing their past lives to caterpillars who now have become – with the help of Buckner, its volunteers and their community – butterflies.

Their Buckner story started with a few chance encounters. Before they met, Anjali had delivered pizza to the Family Hope Center on several occasions, and Adan had asked about doing handyman work for the building, but they never attended any of the center’s programs. 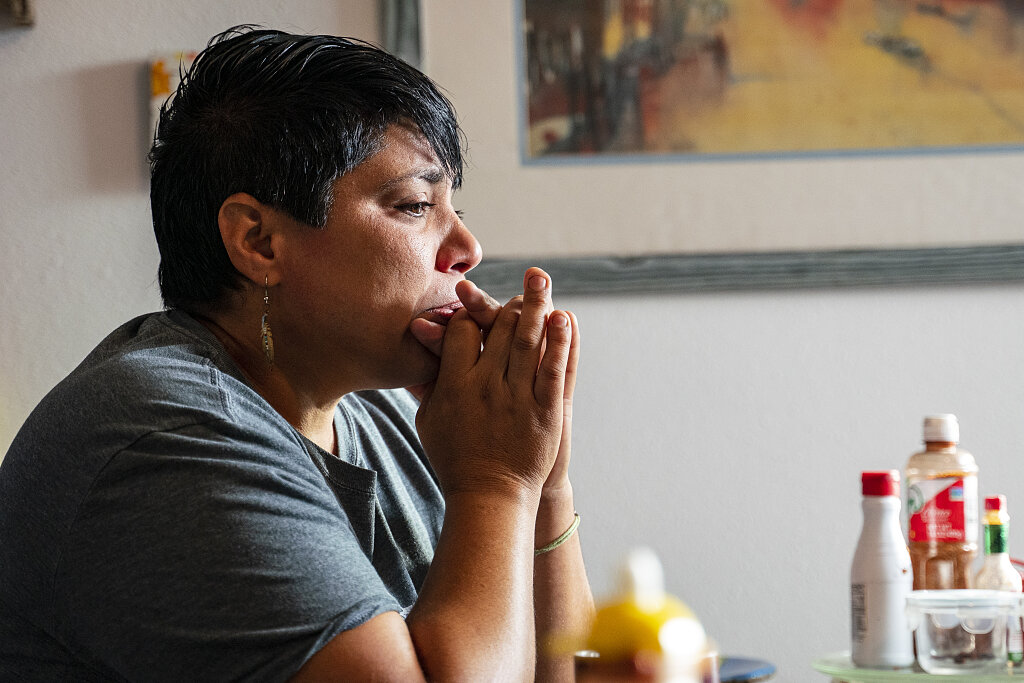 But after they met and married, it was the mutual despair each was feeling, Anjali said, that drove them to seek more at the Family Hope Center.

“Years later I meet Adan, and I come into the neighborhood,” she recounted. “I had just been released from prison, doing eight years. My relationship with my husband was hard, our language barrier [Spanish is his first language, English is hers]. The communication, the arguments, the drugs, the drinking that we were doing. I had already been home some years, and it was really hard to integrate back into society. I never matured. I was behind in responsibilities, just growth all around as an adult. So when I came here, I didn’t know how to have relationships with family or with other people, so all of my relationships were kind of rocky.”

She says she “came to a point in life where I wanted to die. I didn’t want to live anymore. I had gotten back into drugs, and I just was floundering. I couldn’t make a friend in the neighborhood. I had been here like a year and a half, and my language barrier prevented me from getting to know the community. 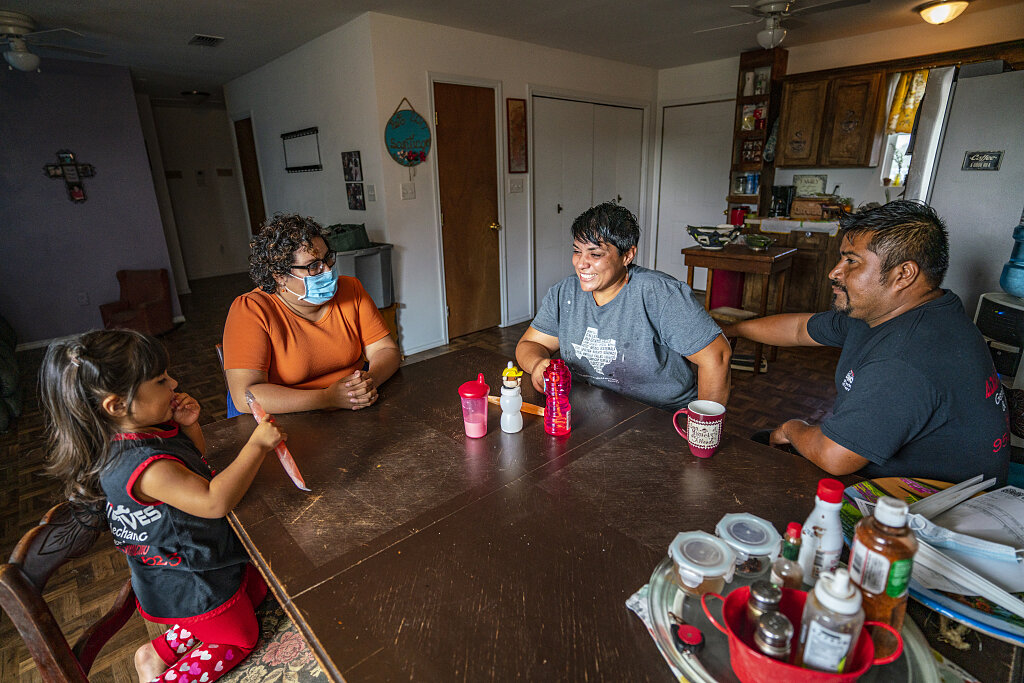 “And then I finally went to Buckner,” she remembered, “and I got a free calendar after spending five days in rehab. I went and got medicated, and I got balanced. I came out with a whole new perspective. And I got from Buckner what I needed, that I probably wouldn’t have gotten anywhere else. Because I got the support. I got the tools. I got strengthened in my finances, my spirituality. I went to counseling with Buckner. I learned about business, accounting ... Every aspect of my life, every need was met through Buckner, who had resources that could help me integrate and become a functioning human in society.”

She compares her personal transformation experience to “a caterpillar that came out as a butterfly. I think it’s as simple as that. I went in and I ate up everything I could, and I grew, and I feel like I’m just now expanding my wings, getting the strength so that I can continue. Connecting with Buckner has helped me to love my community, that I [originally] hated.” 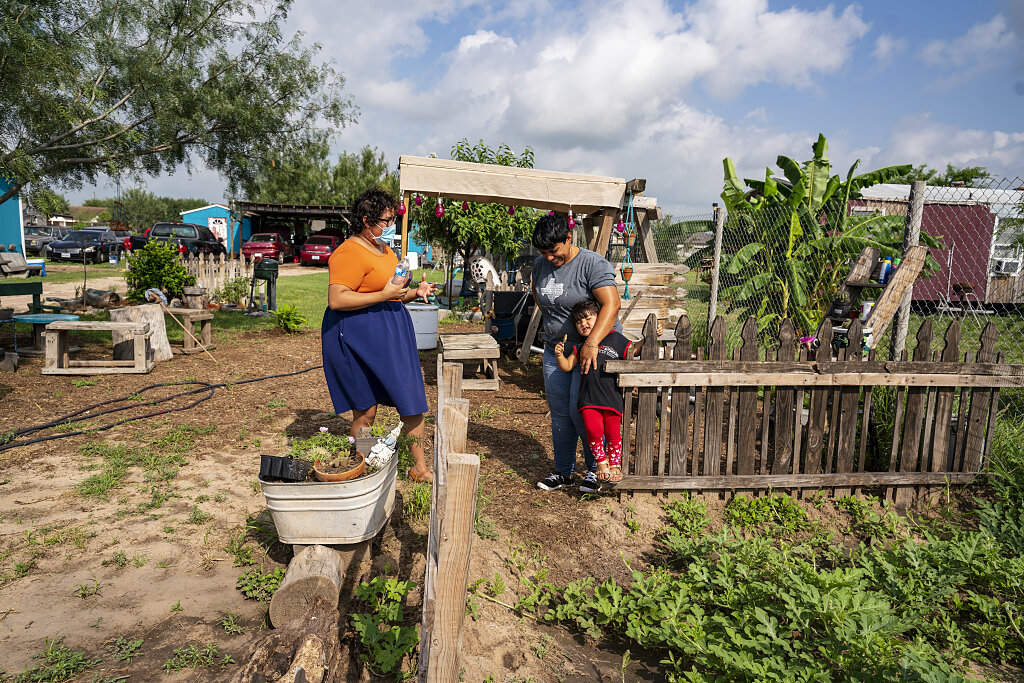 That love of community and interaction with the Family Hope Center has sparked a dream in Anjali to “build a community garden. There’s just a lot of things that I’m involved with that touch Buckner.”

But her focus is on establishing their young family.

“We’re still growing. We’re a family that has struggles, just like anybody else. We have arguments, and, oh, I have a 2-year-old,” she added with a smile, “but I am happy. I have my faith. I have a home. There’s a lot of things I still want to accomplish. And sometimes I tend to move too fast, and I’ve got to slow down, let God make the way first before I try to jump on the unpaved road,” she explained. “I want to open up my own nonprofit organization with my community garden and stay connected with Buckner, so we can, together, help strengthen my community.”

Find out more about how the Buckner Family Hope Center is strengthening families.