Taking a leap of faith – twice – changed Allencia Washington’s life. Originally from Houston and struggling to juggle school, work and raising her 3-year-old daughter Kimber, Allencia applied to the Buckner Family Pathways program in both Houston and Conroe in December 2015. With the only availability in Conroe, Allencia took a risk and left her comfort zone and moved.

“Conroe is not close," Allencia said. "It was very intimidating because I just … don’t know these people. It seemed like a lot of rules. It seemed like a lot to uphold. And I was still attending Houston Community College, so I drove Monday through Friday from Conroe to Houston, but God made it happen.”

Coming to the program Allencia carried past hurts and trauma. Though never being open to counseling in the past, Allencia found counseling at Family Pathways one of the biggest impacts in her life. Moving away from her community of Houston, she chose to see Conroe as an opportunity to take a step away to focus on improving and healing herself and redefine who she wanted to be.

After two years at the Family Pathways program in Conroe, it was time for possible recertification. Allencia sat down with Family Pathways staff, feeling like the littlest person in the room; yet, their words expressed otherwise. They praised her for her growth and dedication and offered her a two-year extension. But this time it was back in Houston.

Since moving back to Houston in 2018, Allencia can’t deny what God has done. Graduating with her associate degree and now nearing graduation from the undergraduate program at the University of Houston, she finds herself continuing to ask God what’s next. 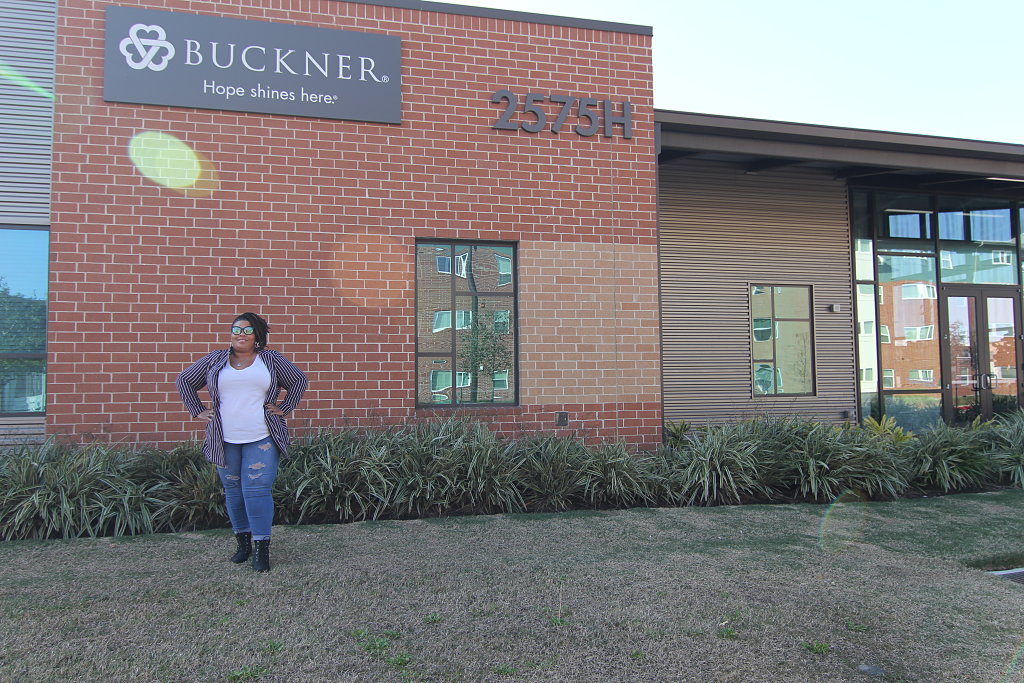 Through the mountains that God has moved in Allencia’s heart and life, she chose to utilize her testimony as a launching point to begin her ministry, Pillow Talk, a place where mothers can have a safe place to share, ask questions and be empowered.

“It’s all about self-care, self-love, getting in tune with yourself is important," Allencia said. "Knowing that you are worthy, that you are loved, that you matter, that you are important. I needed something like this growing up and there’s so much pain and so much hurt out there – and I know as women we don’t always want to let people in. So just allowing somebody to have this safe place.”

Not only has Allencia excelled in school and created her own ministry, she is also a business owner. ANK Organic Body Butter is not something she expected to do, but she enjoys making the body butter and sells it through social media.

Allencia and Kimber, now 7, have found a life of success and stability through Family Pathways. This environment has also given Allencia the opportunity to pour faith and knowledge of Jesus into Kimber, making their strong mother-daughter bond even stronger.

“Buckner has given me the opportunity to redefine who I am," she said. "It was the best decision I could have made and I'm glad I was obedient."